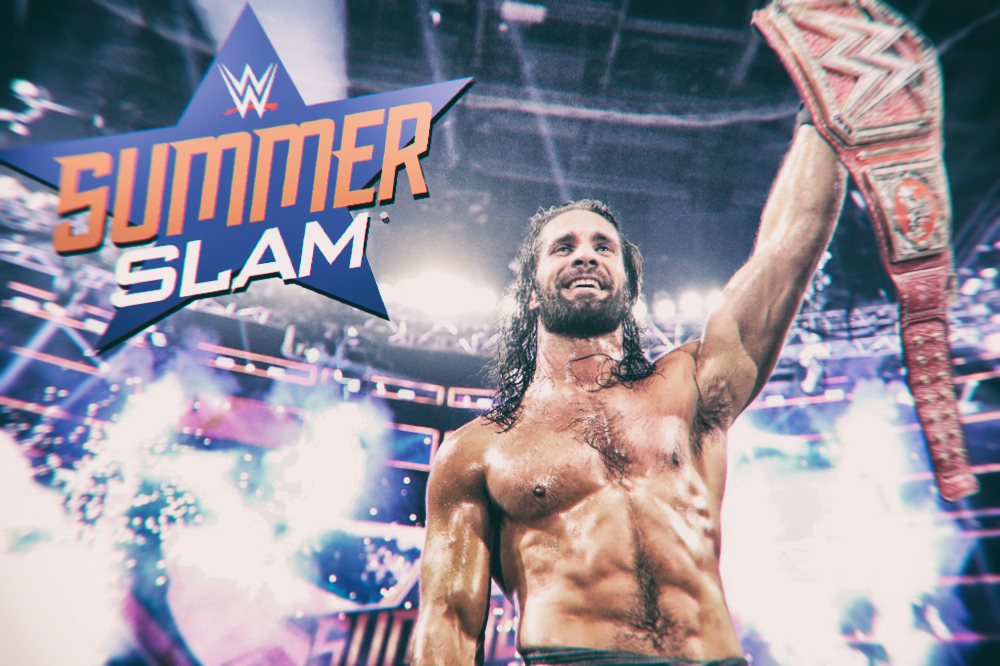 Seth Rollins is once again the reigning defending undisputed Universal Heavyweight Champion, by virtue of his victory over Brock Lesnar in the main event of the 2019 edition of WWE SummerSlam. According to WWE.com:

He did it again. With battered ribs, half-crushed hopes and seemingly no chance to his name, Seth Rollins defeated Brock Lesnar for the second time to once again snatch the Universal Title from The Beast’s greedy clutches, marking one of the all-time most rousing conclusions to a SummerSlam.

As if to underscore the grittiness of the victory, Rollins didn’t even resort to the low blows he needed to slay The Conqueror at WrestleMania, instead operating on pure adrenaline that seemed to kick in when he found a narrow opening at the start of the match and drilling the unsuspecting champion with a Stomp. That maneuver only got him two, but it boosted Rollins’ confidence into hyperdrive. From there, the challenger blasted the champion with superkicks and suicide dives while The Beast grew purple-faced with frustration that this irksome fly wouldn’t stay swatted.

Lesnar, of course, gave as good as he got. It was only a matter of time before Rollins went to Suplex City or found himself swept up in an F-5, but the champion’s desire to make an example of his defiant challenger undoubtedly cost him down the stretch. After planting Rollins with his signature move, Lesnar made the cover and instead swung Rollins around by his bandages like a piece of luggage — an awesome visual, but definitely an indulgence Paul Heyman probably wishes his client had avoided.

By the time Lesnar decided he’d had enough, Rollins had seemingly made the decision that he simply would not stay down. When the champion prepared an announce table for smashing on Heyman’s urging, Rollins instead struck with a superkick, splaying The Beast out in preparation for a jaw-dropping Frog Splash that reduced the table to splinters. Rollins followed up with a second Frog Splash in the ring and a second Stomp that only netted two. And when Lesnar hoisted Rollins up for an F-5 that was a lot more last-ditch than it perhaps seemed, the challenger evaded the maneuver, landed a superkick to bring Lesnar to his knees and administered a third and final Stomp to earn the three-count.

The closing images of SummerSlam were polar opposites for champion and challenger. Rollins was teary-eyed in the ring as he held close the title he’d risked body and soul to regain. Lesnar, meanwhile, all but vanished from view, having suffered a spoiler he didn’t see coming. And the match that was supposed to reflect Lesnar’s enduring dominance instead highlighted his and Heyman’s fundamental misunderstanding of what makes Seth Rollins run. If Lesnar really wanted him gone, he shouldn’t have broken his ribs; he should have ripped out his heart.

We’re HustleTweeting about SummerSlam, and you’re welcome to join the conversation on the Hustle Twitter HERE and also on our hyper-interactive Facebook page HERE!