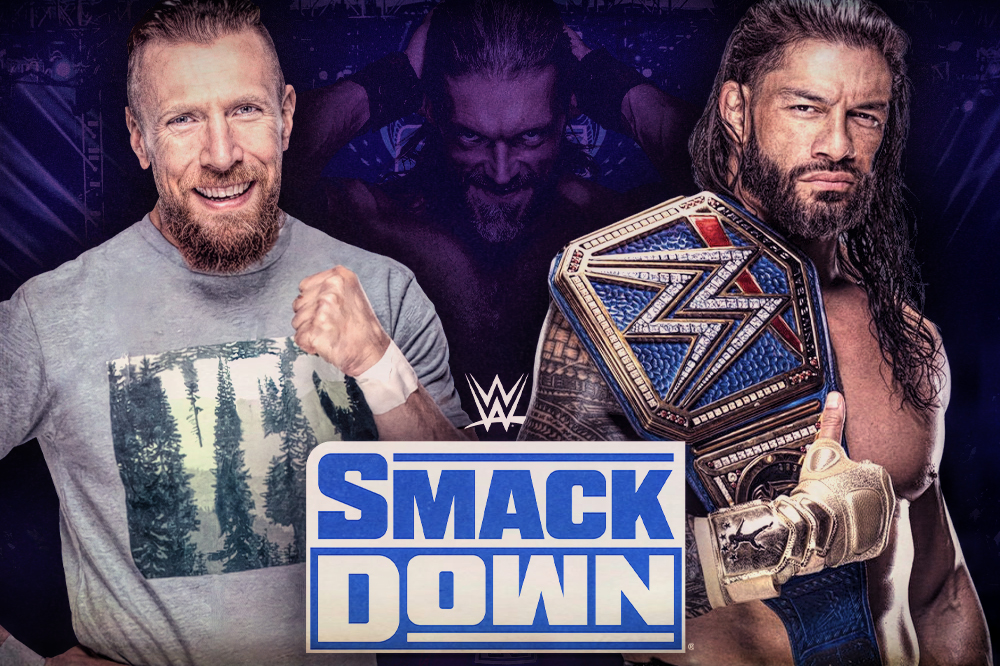 WWE Smackdown this week featured the contract signing, as challenger Daniel Bryan had to contend with WWE Universal Heavyweight Champion Roman Reigns, our boss (and Roman’s #SpecialCounsel) Paul Heyman, and Main Event Jey Uso. Oh, by the way, Edge was on hand in the ThunderDome as well.

When Roman Reigns claimed Daniel Bryan was undesiring of a Universal Championship Match at WWE Fastlane, Daniel Bryan managed to goad The Head of the Table into signing the contract. An insulted Jey Uso then suggested he be named Special Enforcer to the title match, at which point Edge emerged and suggested he and Uso battle next week for the honor. After Adam Pearce made that contest official, chaos took over between the four Superstars and ended when Bryan delivered a Running Knee to The Rated-R Superstar.