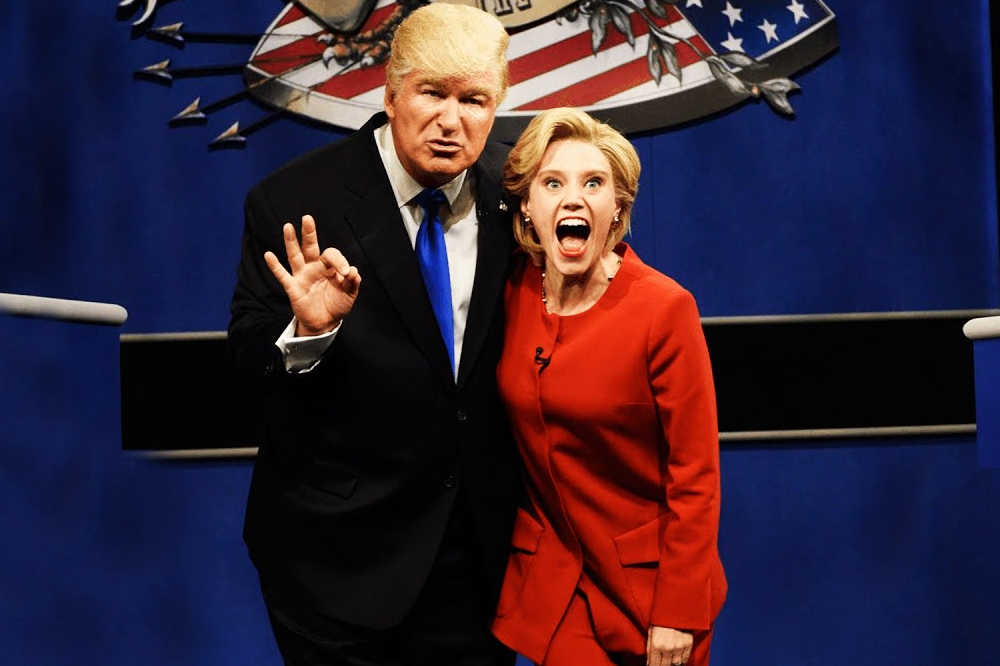 Saturday Night Live kicked off its 42nd season, and all eyes were on Alec Baldwin as he played Republican presidential nominee Donald Trump for the first time. The show went for the big audience right off the bat, opening up the episode (and the new season) with their version of Monday’s Presidential Debate, as Baldwin played opposite Kate McKinnon as Hillary Clinton and Michael Che as moderator Lester Holt.