So … Who Is Building the Metaverse? 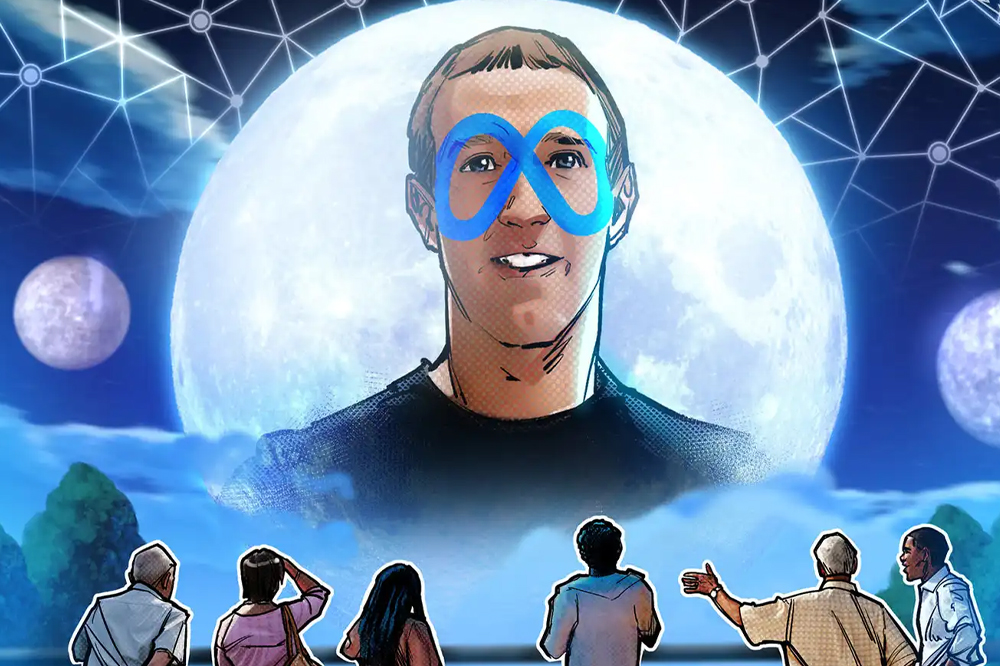 It’s a damn good question. Is Facebook so far ahead of the game? Or just the loudest voice in … THE METAVERSE!?!

Facebook (FB.O) changed its name last week to Meta Platforms Inc to signal its focus on the metaverse, which it thinks will be the successor to the mobile internet.

The metaverse broadly refers to the idea of a shared virtual platform that people can access through different devices and where they can move through digital environments. read more

Well before Facebook CEO Mark Zuckerberg’s splashy demos featuring giant robots and digital time travels to ancient Rome, dozens of companies were crafting the software and hardware that could be used for this “Ready Player One” future.

The concept, which could be more than a decade away from being fully realized, will take cooperation among tech giants. In June, investment firm Roundhill Investments created an exchange traded fund (ETF) to track and profit from the work of the metaverse enablers. Hours before Facebook announced its rebrand, another firm launched its own metaverse ETF.

Here are a few of companies playing a role:

Video game platform Roblox Corporation (RBLX.N), which went public this year, envisions the metaverse as a place where “people can come together within millions of 3D experiences to learn, work, play, create and socialize.”

Roblox aims to give users and developers ways to create digital worlds. Its CEO has also talked about future shopping and conducting business on the platform, which has its own virtual economy powered by its Robux currency.

Microsoft Corp (MSFT.O)’s CEO Satya Nadella in an earnings call this year said the company was working to build an “enterprise metaverse” as the digital and physical worlds converge in its offerings.

Microsoft, which owns Xbox and the world-building game Minecraft, is also a key player in the gaming world. Xbox boss Phil Spencer has talked about planning for “a metaverse or mixed-reality construct.”

Facebook, which will start trading as Meta Platforms on Dec 1, has said it wants to be seen as a metaverse company rather than a social media one. The tech giant, which has about 3 billion users, has been investing heavily in augmented and virtual reality and has been building out its VR environment Horizon, accessed through its Quest headsets.

Computer chip maker Nvidia Corp (NVDA.O) built its Omniverse platform for connecting 3D worlds into a shared virtual universe. It says Omniverse, which is used for projects like creating simulations of real-world buildings and factories, is the “plumbing” on which metaverses could be built.

Unity Software Inc (U.N), which develops software used to design video games, is another company that could sell tools or technology used to build the metaverse.

Snapchat owner Snap Inc (SNAP.N) has long been building custom avatars and augmented reality filters to overlay digital features on the real world. This year it unveiled its first true augmented reality glasses, available for developers to experiment with creating experiences for the spectacles.

Cloud software firm Autodesk (ADSK.O) makes programs used by architects and engineers to design and create buildings and products. Its software is also used to build virtual worlds for gaming and entertainment.

Chinese tech giant Tencent Holdings Ltd (0700.HK) is the world’s largest video gaming firm by revenue and has stakes in major game studios like Epic Games and Activision Blizzard. The South China Morning Post reported this year that Tencent has registered many metaverse-related trademarks for its social site QQ.

Epic is the company behind video game phenomenon Fortnite, which has moved beyond its core shooting game to social experiences like dance parties and virtual music concerts. Users pay to dress their avatars in different costumes and can build their own islands and games. Epic also owns a large gaming engine, Unreal, used to develop games and other visual effects like TV show backdrops.

Epic CEO Tim Sweeney, a vocal critic of big platforms like Apple Inc (AAPL.O) and Alphabet Inc’s Google (GOOGL.O), has argued the metaverse will need to be a participatory, common space.

Ecommerce giant Amazon.com Inc (AMZN.O), which is the world’s largest cloud services vendor and has multiple media offerings, is also seen as a potential player in the metaverse.

We’re HustleTweeting about THE METAVERSE, and you’re more than welcome to join the conversation on the Hustle Twitter HERE … on our ridiculously sensational Instagram HERE … or on our Facebook page HERE!