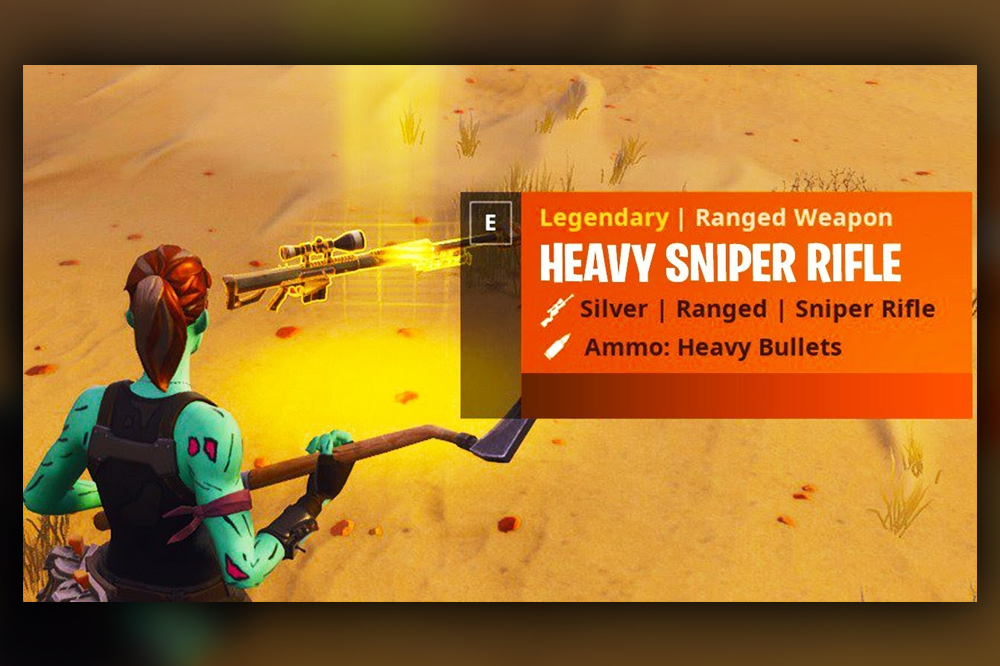 Fortnite is about to get even more interesting!

In late July, some data miners discovered a new, powerful sniper rifle in the Fortnite: Battle Royale files. For weeks, people speculated about when Epic Games would add the rifle to the game itself, and finally the news that everyone was waiting for became public knowledge: Players who logged into Fortnite: Battle Royale on Sunday were greeted with an update about the new Heavy Sniper. The description states, “New Epic and Legendary sniper rifle capable of dealing high damage to structures.” To display the power of this new weapon, data miner FNBRLeaks tweeted a video Sunday of the rifle in action.

He also added another tweet hours later showing he was banned from playing the game, possibly due to his use of the weapon in-game prior to its release.

In the video, the Heavy Sniper, which is reportedly based on the real world Barrett M82 .50 caliber sniper rifle, destroyed walls made of wood, brick and metal with just one shot. The legendary version of the weapon has 157 damage making it a one-hit kill on practically any player. Since it can shoot through walls, it’s unclear on whether that will reduce the damage or not. Still, a weapon with this kind of precision, speed and power can change how the game is played all together as forts will not provide the kind of protection that they used to.

The expectation is with the new Heavy Sniper will be a return of the Sniper Shootout Limited Time Mode. In this LTM, players can only use rifles and scoped assault rifles during a match.

We’re HustleTweeting about Fortnite: Battle Royale, and you’re more than welcome to join the conversation on the Hustle Twitter HERE and also on our hyper-interactive Facebook page HERE!