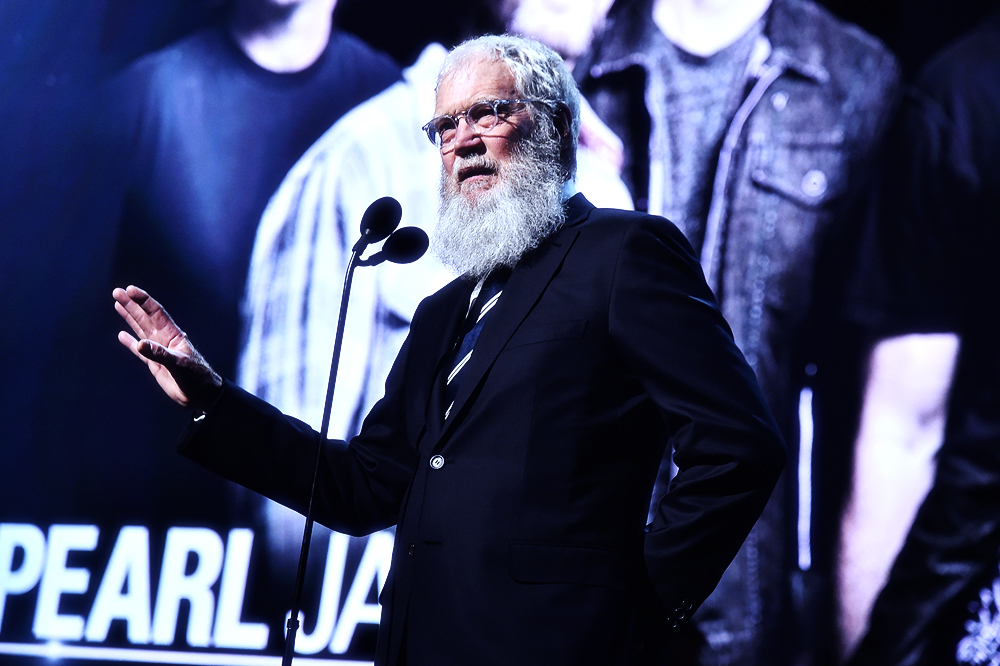 David Letterman made a rare public appearance Friday night to induct Pearl Jam into the Rock and Roll Hall of Fame at the Barclays Center in Brooklyn, New York. “I can’t even begin to tell you what an honor and a privilege it is to be out of the house,” Letterman noted.

The retired TV host was a last minute substitute for Neil Young, who cited an undisclosed illness and couldn’t make the event. Letterman commented, “The poor guy just can’t stay up this late.”

Pearl Jam performed 10 times on The Late Show, including one stint that turned into an epic 10-song after-party for the Ed Sullivan Theater crowd.

He added: “The nice thing about knowing them for as long as I’ve known them, I know them as friends as well as cultural icons. And I would just like to say one day I hope to come back here for the induction for my friend Warren Zevon.”

We’re HustleTweeting about David Letterman’s induction of Pearl Jam into the Rock n Roll Hall of Fame, and you’re more than welcome to join the conversation on the Hustle Twitter HERE and also on our hyper-interactive Facebook page HERE!