Stan Wawrinka Defeats Novak Djokovic to Win the US Open 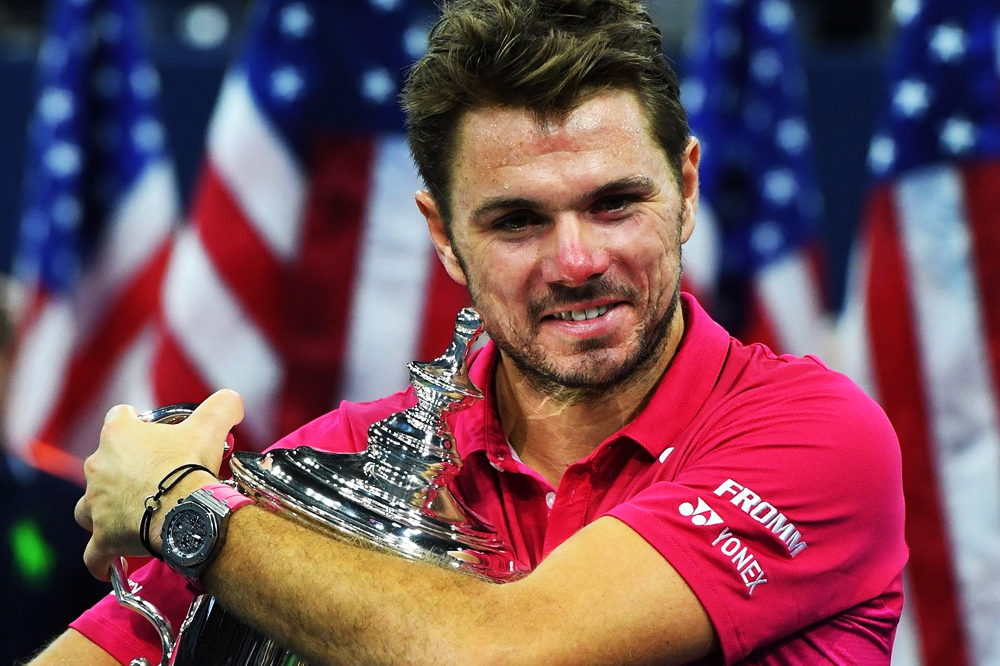 Stan Wawrinka defeated the world’s number one tennis player Novak Djokovic in the finals of the US Open at Arthur Ashe Stadium in Queens, New York. The number three seed, a 31 year old Swiss can now brag about winning his third Grand Slam title in three major final appearances, adding to trophy hauls at the 2014 Australian Open and 2015 French Open, the latter in which he also beat Djokovic in a four-set final.

“We know each other for many, many years,” Wawrinka said on court. “Because of you I am the player I am today … I came here without expecting, without having the goal to win the match. I have played quite a bit of tennis these two weeks; I’m pretty empty. There was so much emotion. This is something that I never had before.”

Djokovic had a bizarre route to the final, completing just three out of six matches as one opponent gave him a walkover and two others retired. He was on court for just under nine hours in total, half of the 17 hours and 50 minutes Wawrinka had played.

Djokovic fails to defend his U.S. Open title, with Roger Federer being the last player to have done so, winning five in a row from 2004 to 2008.

The wear from six hard matches showed on the Swiss player to start the match, Djokovic racing to a 5-2 lead and having two set points on Wawrinka’s serve in the 32nd minute. But Wawrinka would save both of those, hold and then break for 4-5 when Djokovic threw in his first double fault of the match.

They would battle to a tiebreak, where Djokovic jumped to a 2-0 lead when they engaged in what was perhaps the point of the tournament, a long exchange in which Djokovic chased down two apparent Wawrinka winners, only for Wawrinka to end the point on a highlight-reel worthy forehand volley. Ashe roared with approval and Wawrinka thrust his arms up, but that would be the lone point he would win in the break, Djokovic playing clean, aggressive tennis as the errors that Wawrinka started the match with crept back into his game.

Wawrinka wouldn’t go down by two sets, however, jumping to a 4-1 lead in the second and then … after Djokovic had evened things at 4-4 … held for 5-4 and broke Djokovic once again when he pushed a forehand groundstroke wide, the two in a dead heat at the one-hour, 45-minute mark.

In the third Wawrinka would take a break lead only to relent again, but held at 5-all and then broke in fantastic fashion from 30-love down.

The match saw a shocking turn of events, Djokovic appearing to cramp at the beginning of the fourth set, going down 3-0 as he was barely able to move, the crowd inside going quiet, then trying to will him on as he struggled point by point.

It was then that Djokovic called for the trainer, complaining about a toe issue. Wawrinka argued that he could only call for medical treatment during a change over, but officials allowed the break, Djokovic having a toe on his right foot taped in a six-minute delay.

At one point, Djokovic looked over to Wawrinka and said, “Stan, sorry man.”

John McEnroe noted on the ESPN broadcast: “I’m not buying this,” claiming that the medical break was for rest from the cramping, and not for his toe.

Djokovic said in his post-match press conference that his toe nail was “off” and “bleeding,” adding that he was not cramping in the fourth set.

“I don’t think it’s necessary for me to talk about that now,” he said. “He won the match. … I don’t want to talk about this and you guys think I’m finding excuses. It’s just not necessary.”

Wawrinka would serve out the match in the ninth game of the fourth set, first going down love-30 but then hitting a forehand winner down the line and drawing an error off of Djokovic before pummeling a backhand down the line to pull Djokovic off the court, tapping a short overhead for the winner.

He would not win the title on his first match point, but would do so on his second, when Djokovic sent a groundstroke long.

Wawrinka became the first player to come from match point down to win the U.S. Open since Djokovic himself did so in 2011, being two match points down to Federer in the semifinals. The win also makes him the oldest U.S. Open champ since Ken Rosewall in 1970, who was 35.

The late-career success of Wawrinka has interrupted an otherwise Big Four-dominated men’s tour. Djokovic, Federer, Rafael Nadal and Andy Murray have won 42 of 47 majors since the 2005 French Open, though three of those five now belong to Wawrinka.

The 11 final wins in a row … and now three for three in major finals … show a penchant for the big moment for Wawrinka, about whom we are HustleTweeting at this very moment. Of course, you are more than welcome to join the conversation by following the Hustle on Twitter HERE … or by hitting LIKE on our hyper-interactive Facebook page HERE!