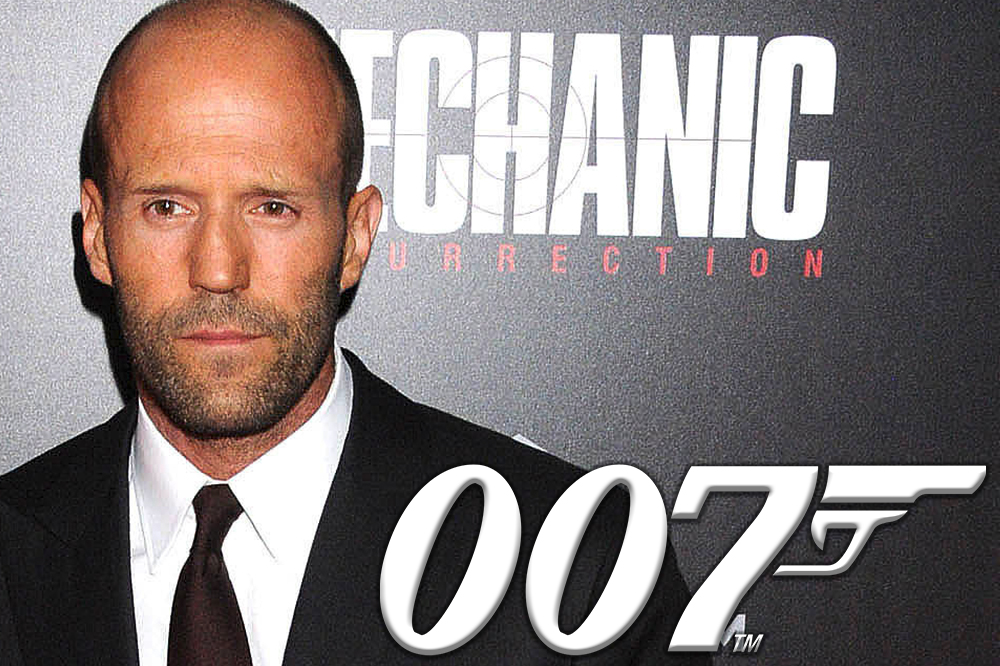 Jason Statham has another bad ass action adventure movie out this week, “Mechanic: Resurrection” and of course the subject of James Bond is coming into play again, as always when Statham stars in another action flick.

“I like the James Bond franchise for all the right reasons,” Statham said. “I mean, I work in the action movie sort of genre. You know, the things [Bond] gets to do is something that’s very appealing to me. So, if it ever came my way, it would be an easy answer for me. But, you know, it’s not something I’m pursuing. And I’m certainly not going begging or anything like that.”

Statham still covets the role, but also understands the challenge playing Bond now involves. “I think James Bond now, it’s not a standalone [movie]. You know, back in the day, that was the only type of film in its own sort of way that was doing these international sort of locations with high-end action. Nowadays you got Jason Bourne, you’ve got Mission Impossible, you can do your own thing.”

Of course, we’re HustleTweeting about Jason Statham (and his own personal “Bond Girl” Rosie Huntington-Whiteley), and you’re more than welcome to join the conversation on the Hustle Twitter HERE and also on our hyper-interactive Facebook page HERE!