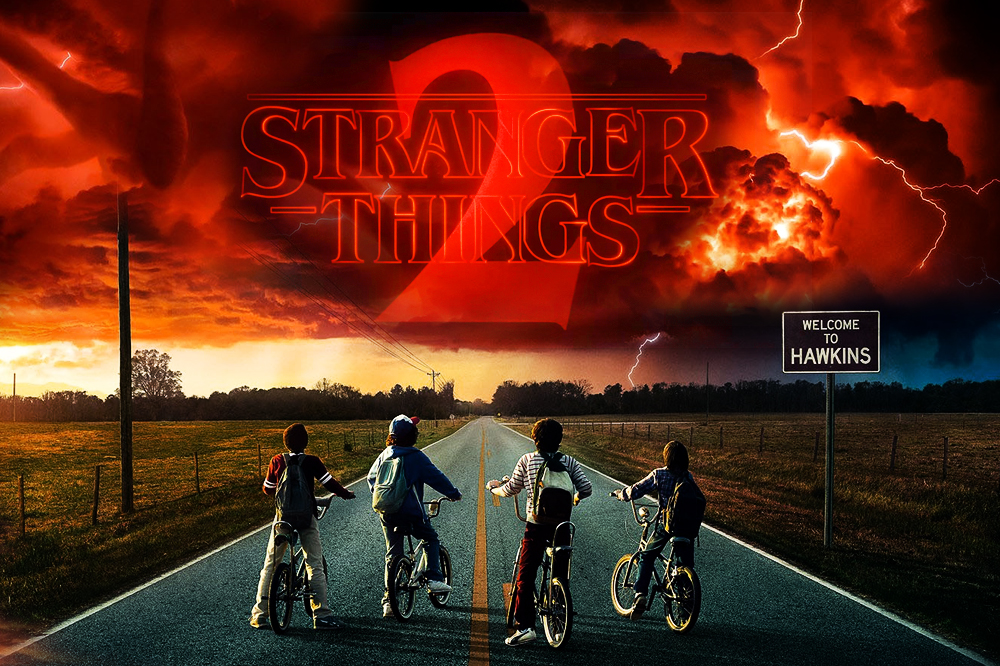 Darkness fell across the land known as San Diego Comic Con this weekend with the arrival of the thrilling new trailer for the highly-anticipated second season of Netflix‘s monster hit, Stranger Things.

In the trailer, set to Michael Jackson‘s iconic “Thriller” and Vincent Price‘s accompanying creepy voice-over, we open in the fall of 1984 with our gang of adolescent misfits/heroes hanging out in a Hawkins, Indiana arcade before all hell literally breaks loose. Apparently, after Will (Noah Schnapp) escaped the parallel dimension known as the “Upside Down” in Season 1, he brought something terrifying back with him…

The entire cast from Season 1 returns, including Millie Bobby Brown as the Eggo-loving telepathic Eleven, David Harbour as coffee and contemplation enthusiast Chief Hopper, and the undisputed queen of dramatic facial expressions herself, Winona Ryder as Joyce Byers.

The Upside Down invades our world just in time for some Halloween binge-watching as Stranger Things 2 premieres October 27th on Netflix.

We’re HustleTweeting about Stranger Things, and you’re more than welcome to join the conversation on the Hustle Twitter HERE and also on our hyper-interactive Facebook page HERE!