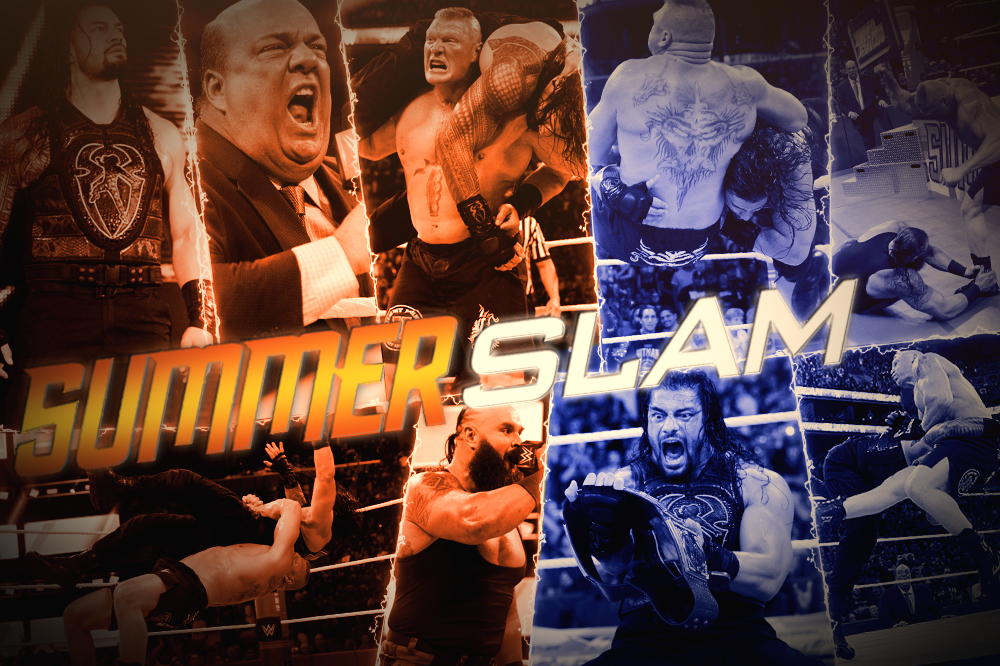 Roman Reigns is the new Universal Champion in WWE. The Big Dog pinned Brock Lesnar (accompanied by his advocate, our boss Paul Heyman) in a wild match at SummerSlam. According to WWE.com:

Roman Reigns finally did it. After three years of wars against Brock Lesnar, The Big Dog defeated his greatest rival at SummerSlam to win the Universal Title.

It was a long road for Reigns, but before his showdown with Brock could even begin, he was interrupted by Braun Strowman. Mr. Monster in the Bank informed the two opponents that, regardless of who won tonight’s match, Braun would be cashing in his Money in the Bank contract and facing them immediately.

With The Monster Among Men now watching from ringside, Reigns quickly landed multiple Superman Punches and Spears on Brock, but Lesnar countered and caught The Big Dog in several Guillotine chokeholds. As the madness continued, The Beast gave Reigns yet another first-class tour of Suplex City.

Reigns managed to cut the tour short, but then found himself in another world of trouble when Lesnar avoided a Spear, which resulted in Reigns diving through the ropes and colliding into Strowman. Brock then dropped Strowman on the outside with an F-5 for good measure. When The Monster Among Men attempted to retaliate, Brock assaulted Strowman with the briefcase (before throwing it halfway across Barclays Center) and a steel chair.

Lesnar’s thirst for destruction proved costly though, as he was nailed with a Spear as soon as he returned to the ring. That thundering collision was enough to keep Lesnar down and finally allow The Big Dog to vanquish his greatest rival.

Strowman’s threat had been neutralized, which allowed Reigns to celebrate with the Universal Championship. The Big Dog had firmly reclaimed his yard, and The Roman Empire has risen again.

We’re HustleTweeting about WWE SummerSlam, and you’re welcome to join the conversation on the Hustle Twitter HERE and also on our hyper-interactive Facebook page HERE!