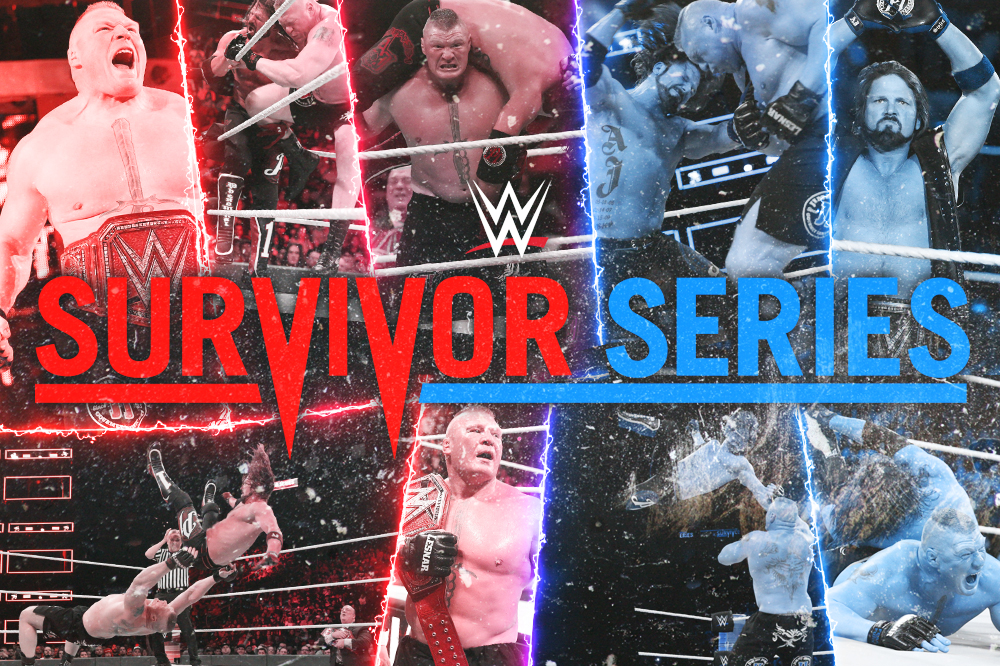 Universal Champion Brock Lesnar (called “The Ultimate Title Holder” by his Advocate, our boss Paul Heyman) pinned WWE Champion AJ Styles (“The most phenomenal in-ring performer in WWE history,” according to Heyman) in the Champion Vs Champion clash at the 2017 edition of Survivor Series. According to WWE.com:

AJ Styles’ return to the WWE Championship was a Cinderella story in and of itself. But thanks to Brock Lesnar, the clock struck midnight at Survivor Series.

The Phenomenal One’s upending of Jinder Mahal as WWE Champion didn’t only book him a date with The Beast Incarnate, it threw Lesnar on a collision course against an opponent whose tangible skills (speed, stamina) seemed tailormade to exploit The Conqueror’s supposed deficiency: A will that, if you ask Daniel Bryan, is easier to break than Paul Heyman generally acknowledges.

Lesnar seemed to take that assessment of his skills personally, opening the match with an extended display of savagery that included palming Styles’ head as he threw him across the ring, a German suplex that nearly sent The Phenomenal One through the arena roof and a running knee to a corner-bound Styles.

What got AJ back in the game was his “elusive and abusive” speed, as a cocky Lesnar went for another knee and missed, slamming the cartilage into the turnbuckle and opening the door for The Phenomenal One to go to work. Targeting Brock’s knees, Styles left The Beast on shaky ground and began to pick him apart with quick strikes designed to place doubt into the mind of The Conqueror. A brief fight outside the ring left Brock crawling for purchase after Styles administered a series of flying forearms, and a springboard 450 landed a long two-count on the Universal Champion.

Perhaps the biggest boost to Styles’ confidence was that he managed to evade the F-5 at every turn, most significantly when he reversed it into a Calf Crusher that very nearly accomplished the impossible and submitted The Beast. That was until Brock snaked his massive arm around Styles’ throat and slammed him repeatedly into the mat to break the hold. Yet the move did its job, as Lesnar again tried to hoist Styles up on wobbly knees for his signature move and The Phenomenal One slipped off his shoulders for a Phenomenal Forearm.

Unfortunately, what would have been a surefire finishing strike landed Styles exactly where Lesnar wanted him, as a second attempt at the Phenomenal Forearm delivered the WWE Champion directly atop Lesnar’s shoulders, where the ensuing F-5 spelled the end of the match.

The result, of course, is bound to leave a bitter taste in Styles’ mouth and a sweet one in Mahal’s as he awaits his rematch. But if the state Lesnar was in following his victory — clutching his knee in pain, limping slowly into the locker room and regarding his fallen opponent with new eyes — was any indication, it’s fair to say this match played out more like a “Rocky” movie than Paul Heyman thought it would.