Taz Opens Up To FightHype About The Mike Tyson Influence 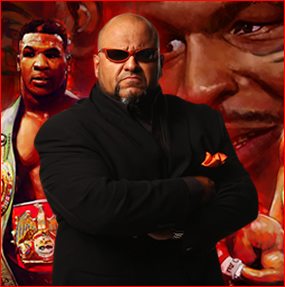 Percy Crawford Scores With His In-Depth Interview with The Sensei of The Team Taz Dojo!

In perhaps his most open interview on record to date, Former ECW World Heavyweight Champion (and current TNA color commentator on Spike TV) Taz discussed his new Finishing School for Wrestlers, as well as his storied past in professional wrestling.

"The Team Taz Dojo … (is) a submission school, but I’m so used to calling it a dojo," Taz told Crawford, "It’s basically for guys who have been wrestling for a long time and just can’t get the contract. It could be, at times, just a couple of little things that you aren’t doing right, whether it be the way you talk, or the way you promo, or what you’re doing in the ring, or the way you transition from move to move. It can be the way you do a move. There is always someone who has an expertise on it and someone who has been on the other side of the curtain; sort of behind closed doors, in rooms and meetings, and heard the power people in the industry and what they say they are frustrated with from new guys trying to get into the companies. I’ve been around all of these guys, and namely someone like Paul Heyman, who is one of the most powerful masterminds behind the scenes in the industry’s history, so I learned so much from Paul and still do. Once I ran the idea past Paul and he loved it, that made me even more confident in this concept."

On the MMA influence in his wrestling style (and his influence on breaking ground with MMA concepts in pro wrestling), Taz stated "My approach towards the pro wrestling business during those ECW years was I was kinda ahead of this whole thing. I really was and I’m proud of that. I was so ahead of it that back then, it wasn’t even called MMA. It wasn’t even called mixed martial arts. It was called Shoot Fighting and I was a big fan of that. I was a big fan of it in Tokyo and Japan, like UWFI and Pancrase. I would get people to get me the video tapes on VHS back then and I would watch them. I would be on a treadmill doing cardio, or on an elliptical machine doing cardio, and I would watch these tapes before I went to the dojo; I would watch them and study what those guys were doing and see how I could incorporate that along with my Judo background. I brought in a rear choke, which was a Judo choke or Jiu Jitsu choke, and that’s what the "Tazmission" was. I would use some Judo throws and mix in some amateur wrestling where I would drop step and go behind a guy and hit a single or double. We used a lot of amateur style. I was also lucky because my cousin was a head coach for a high school wrestling team in Long Island and I would have access to the wrestling room, so we would go and just train. I would go there and help him out with the heavyweight wrestlers and they were high school kids, and then he and I would just go. We would work on throws and just shoot. That also helped me. I was just a fan of Shoot Fighting for years and now there is MMA, UFC and Strikeforce and all of these cool names. They have all of these cool companies and cool names and cool fighters and that is great. It’s very household now. I was into this before everybody.

I had a T-Shirt that I designed myself and wore in ECW and it said Tapout on it. Nobody had that. That was before the company Tapout, and the font that I used on the shirt for my name Taz was a very similar font that the Tapout Company uses. I’ve never publicly said that, but that’s true. My name was written in a font that is extremely close to the font that Tapout uses as their main logo. The way I did the design, and that was back in 1996 or ’97, Tapout wasn’t around back then, and no knock on those guys, but I think that I was a big influence on their company and that’s fine. I don’t really care, it’s all good. It don’t matter to me. My fans know who I was back then and I was kind of a pioneer of that stuff."

Probably the most interesting part of the interview came when Taz was asked about the Brock Lesnar – Undertaker – Dana White controversy. Taz’s perspective was very interesting.

I can’t speak for Dana White. I have never met the guy, but he’s obviously a very intelligent guy, but I gotta tell you, it sounds to me that Dana White was probably concerned about hurting Brock’s credibility," Taz noted, "I would think Dana White is intelligent enough to know that MMA fans are savvy enough to realize that there isn’t anything that’s going to hurt Brock Lesnar’s credibility. I know he was not successful in his lat fight, but Brock is a highly credible grappler and a highly credible fighter. If Brock was to do anything in the pro wrestling business with the Undertaker, I personally don’t think that would hurt Brock, but I’m from the pro wrestling business. I have been here for over 24 years, where Dana White is not, so of course I’m going to say that. I guess Dana White has a certain criteria that he has for his fighters and he’s entitled to that and he should feel that way. He’s running the show for these guys and he wants them to be seen in a certain light. We don’t have to agree with the guy, but that’s his area of expertise and those are the guys that fight for him."

To read the entire article, including the name of the Major League Baseball Hall of Famer who influences Taz’s commentary, and a breakdown of boxing’s superfight between Pacquiao vs Mayweather (with a very interesting prediction), CLICK HERE

We’re HustleTweeting about Taz, and you’re more than welcome to join the conversation! Follow THE HEYMAN HUSTLE on Twitter HERE or write to us at hustleoncrave@gmail.com 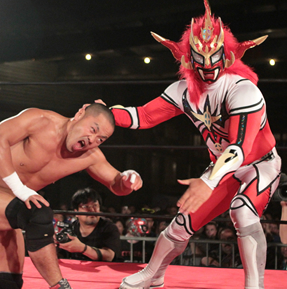 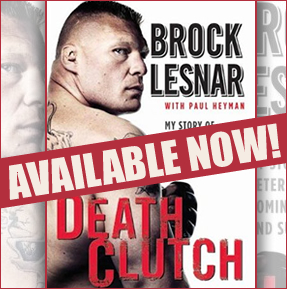