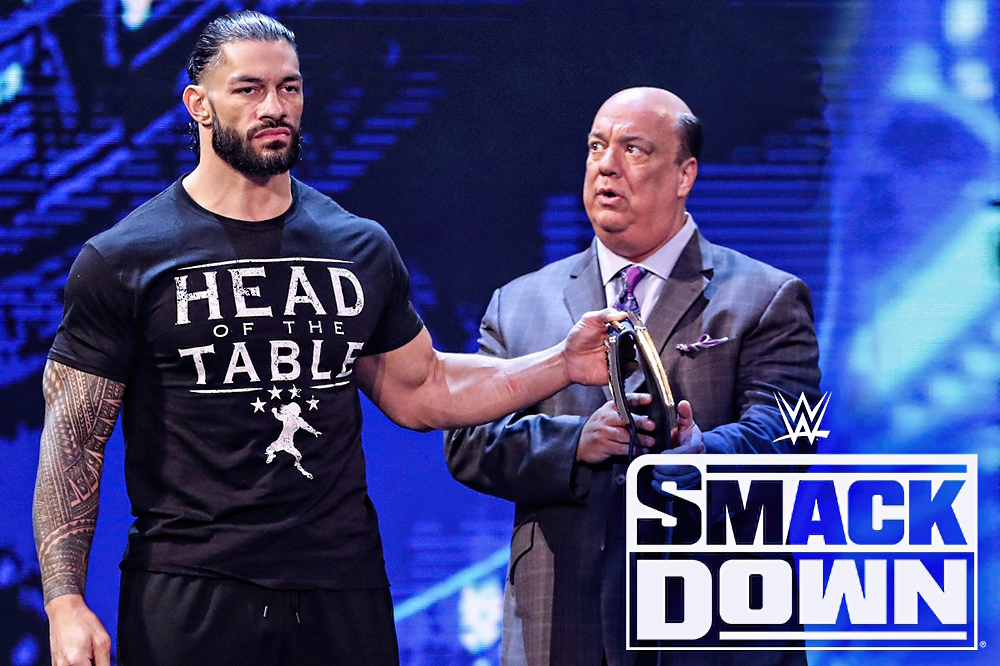 WWE Universal Heavyweight Champion Roman Reigns was counseled by our boss, his Special Counsel Paul Heyman on WWE Smackdown on FOX, but there’s no cooling down the red hot tension between Reigns and Kevin Owens.

After the jaw-dropping chair assault he received last week at the hands of Universal Champion Roman Reigns, a determined Kevin Owens journeyed to the ring and loaded it with his “friends,” tables, ladders and chairs. With them at his side, he reaffirmed that he did not fear The Big Dog and that he planned to take his Universal Championship at WWE TLC.

Out of nowhere, Jey Uso attacked The Blue-Collar Brawler from behind with a chair, and KO seemed to suffer a serious knee injury in the process. Nevertheless, Owens roared back and powerbombed Jey through the table. Reigns then emerged, but he opted not to engage his adversary on his terms.

But when KO pursued Roman Reigns to the backstage area, The Big Dog unleashed a vicious attack from behind before sending a haunting message to The Blue-Collar Brawler.