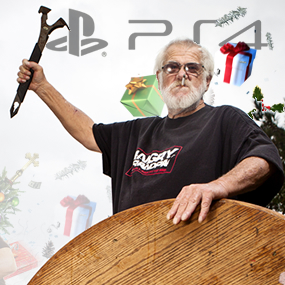 After Over 7 Million People Witness The Pissed Off Patriarch Destroy Pickleboy’s PS4 onYouTube, South Carolina’s Most Hostile Internet Sensation Does It Again!

Well, you knew it was too good to be true.

And since you knew it, Pickleboy should have known it, too.

But, alas, a father’s love during the Yuletide can overwhelm anyone’s common sense, and once again Pickleboy has to learn his lessons the hard way. Or, in the land of milk and honey (and grits and gravy), The Angry Grandpa way. It really was too good to be true!

A nice, quiet, Merry Christmas at The Angry Grandpa‘s house? Ladies and Gentlemen, how can that thought even cross your Hustlin’ minds? It’s been a couple of weeks since THE ANGRY GRANDPA DESTROYED PICKLEBOY’S PS4, all captured on video and loaded up onto YouTube where over 7 million people have witnessed Grandpa‘s destruction of the video game console. Now, in the spirit of the holidays, Grandpa shows his love by replacing the PS4.

Or so we thought!

Of course, we’re HustleTweeting about The Angry Grandpa, and you’re more than welcome to join the conversation by following the Hustle on Twitter HERE or write to us directly at hustleoncrave@gmail.com Hey, have you checked out the Hustle’s Ultra High Quality You Tube Channel, with exclusive videos featuring OUR WORLD EXCLUSIVE WITH MIKE TYSON … BROCK LESNAR’S “HERE COMES THE PAIN” … ICE-T AND COCO’s SEX SECRETS … MMA BAD BOY NICK DIAZ … the list goes on and on, so if you’re not subscribing, you’re missing something … and by the ways cheapos, it’s FREE! Yes, absolutely 100 percent FREE! What are you waiting for? Check it out HERE! 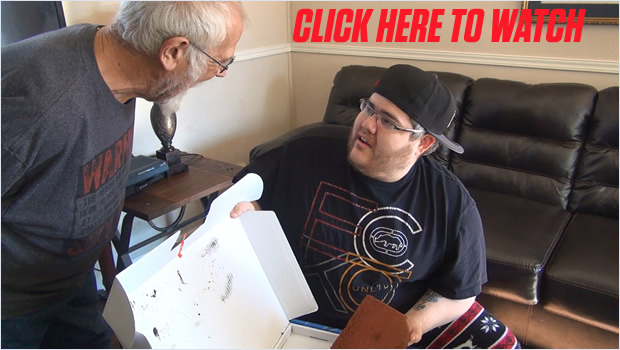