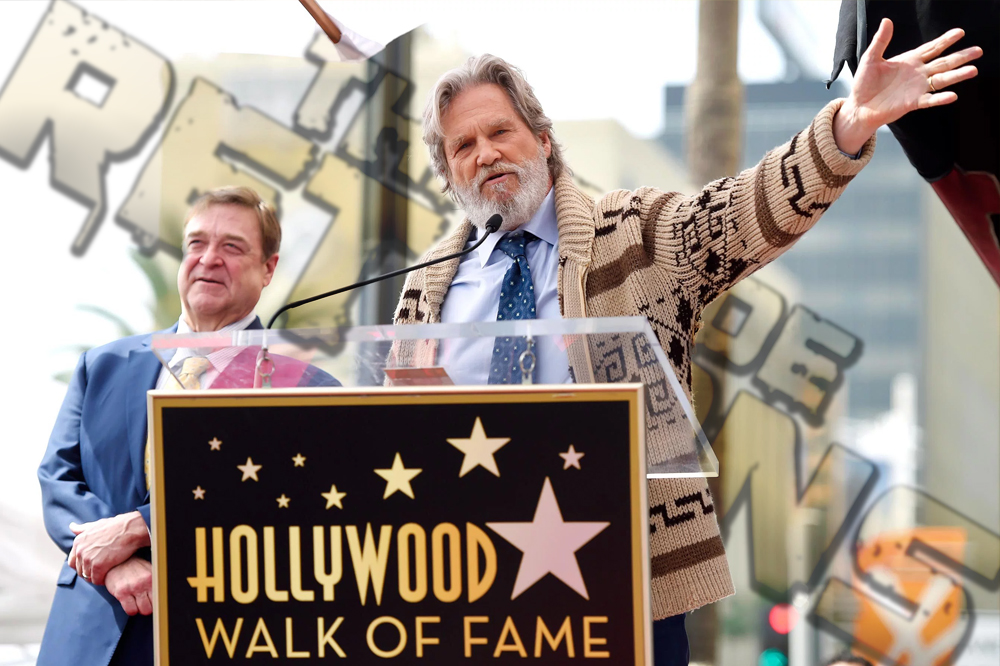 The Dude has returned! Jeff Bridges surprised John Goodman at Goodman’s Walk of Fame ceremony by breaking out Dude‘s signature, quirky, knit sweater, and delivered a typically rambling and hilarious rendition of the eulogy that Walter gives before scattering Donny’s ashes in the 1998 Coen Brothers cult classic “The Big Lebowski.”

Bridges asked Goodman to hold his suit and bag for him, and as he drew out “The Dude’s” poncho-like garment, a loud cheer erupted from the crowd when they realized one of cinema’s most iconic slackers was about to be reincarnated in front of them.

“He’s a good actor, he’s a good man, John Goodman,” Bridges began. “He’s one of us, he loves the outdoors and acting. As a showman, he has explored the stages from Los Angeles to New York — we’re talking Broadway here, man — he’s done some weird little movies, too. And he’s lived, like so many men in prior generations have lived their lives. He is a man of his times, a man of our times, and he has become a legend.”

As Bridges delivered his version of the eulogy, Goodman could not stop laughing out loud behind him.

It’s just one of those moments you have to see.

So check out the video, and then join the conversation by following the Hustle Twitter HERE and also liking our hyper-interactive Facebook page HERE!