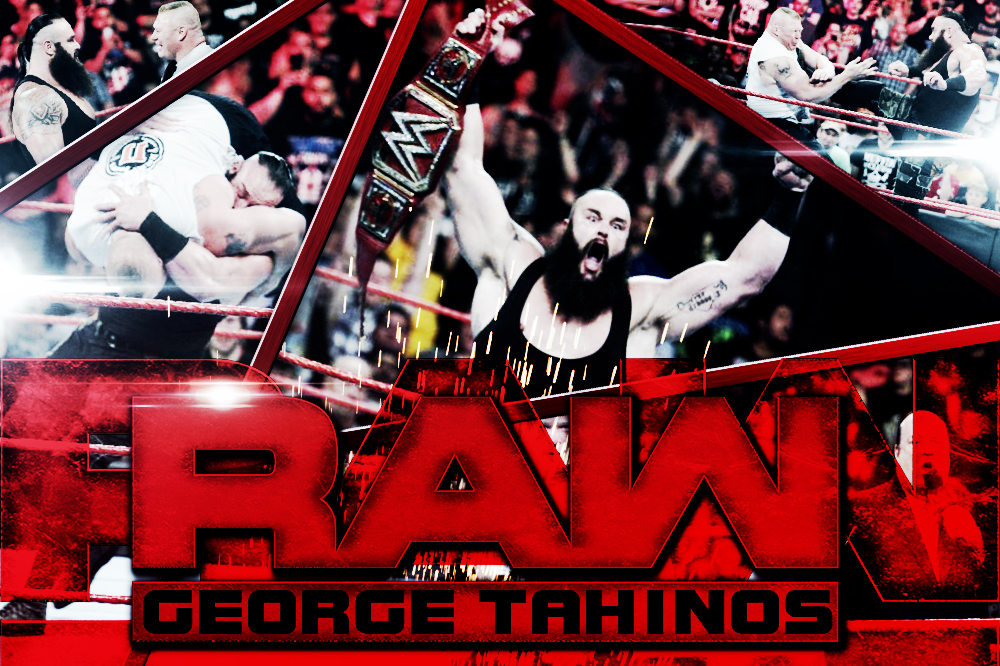 Braun Strowman presented the WWE Universe with compelling evidence that he really is a Monster Among Men at WWE SummerSlam, and then again made his case crystal clear the next night when Strowman confronted Brock Lesnar at Monday Night RAW! Award-winning photographer George Tahinos was on hand at the Barclays Center in Brooklyn, New York to provide 360 coverage of the Lesnar-Strowman confrontation.

We’re HustleTweeting about Brock Lesnar vs Braun Strowman, and you’re more than welcome to join the conversation by following the Hustle on Twitter HERE or by hitting LIKE on our hyper-interactive Facebook page HERE!