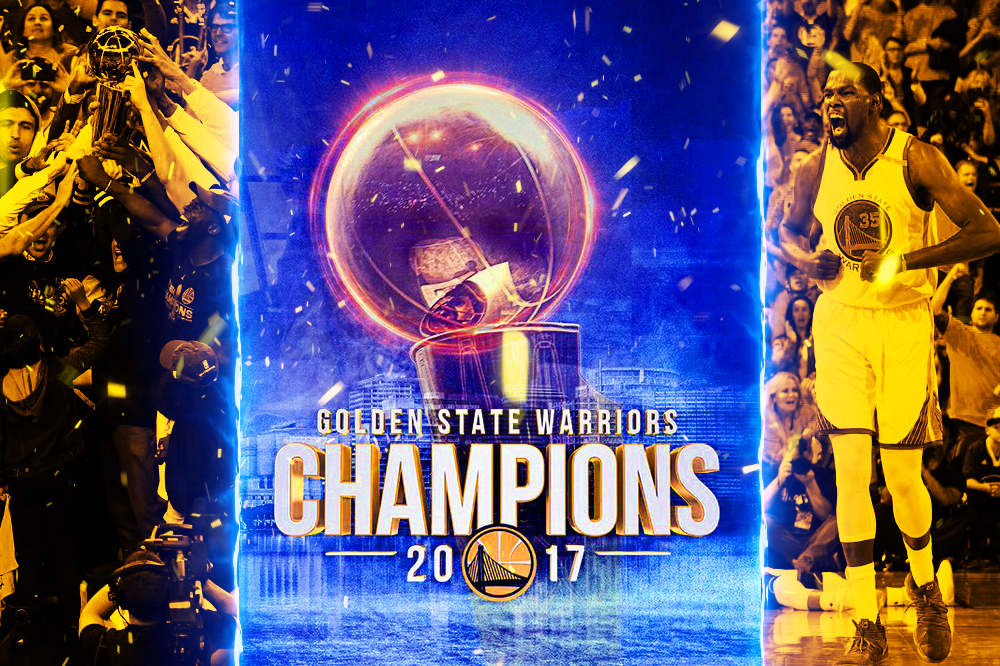 The Golden State Warriors‘ journey to becoming the 2017 NBA Champions can be summed up in just one word … REDEMPTION!

In 2015, the Warriors beat the Cleveland Cavaliers to clinch the NBA title. Last year, the Warriors and Cavs met again with Golden State infamously blowing a 3-1 Finals lead, culminating with a dramatic and heartbreaking Game 7 collapse in their own house, Oakland’s Oracle Arena.

As fate (and greatness) would have it, this year the Warriors and Cavaliers met in the NBA Finals for the third straight season. After Golden State dominated and destroyed everything in their path to the title, going undefeated (15-0) in the playoffs and making an absolute mockery out of the competition in the process, Cleveland would take Game 4. Things came down, once again, to Golden State being up in the series, 3-1. After Cleveland handed the Warriors their first 2017 playoff loss and shattered their potentially historic undefeated streak, some serious deja vu began to set in…

However, history would not repeat itself, “3-1” would not spell doom for the Warriors yet again, and a miraculous Cavs repeat comeback would be denied by the Dubs.

Game 5 went down last night at the Oracle Arena and saw the hometown Warriors reclaim the crown, finishing LeBron James and the Cavaliers 129-120.

This year, however, wasn’t just all about vindication for the Golden State Warriors. It was also about building a dynasty…

After last year’s emotional loss, Golden State aggressively pursued and signed free agent and former reigning MVP, Kevin Durant. After leaving a shocked Oklahoma City, Durant would become “public enemy number 1” to many, criticized relentlessly for being a “ring chaser” and “taking the easy route” by joining, hands down, the NBA‘s best team. Durant’s response to all the hate and Thunder jersey burning? Leading the Warriors – along with Steph Curry – to their second title in three years, cementing their place as one of the greatest NBA teams of all-time, and being named the 2017 NBA Finals MVP. Oh.. and also showering in champagne after winning his long-awaited first NBA ring.

We’re HustleTweeting about the Golden State Warriors, and you’re more than welcome to join the conversation on the Hustle Twitter HERE and also on our hyper-interactive Facebook page HERE!