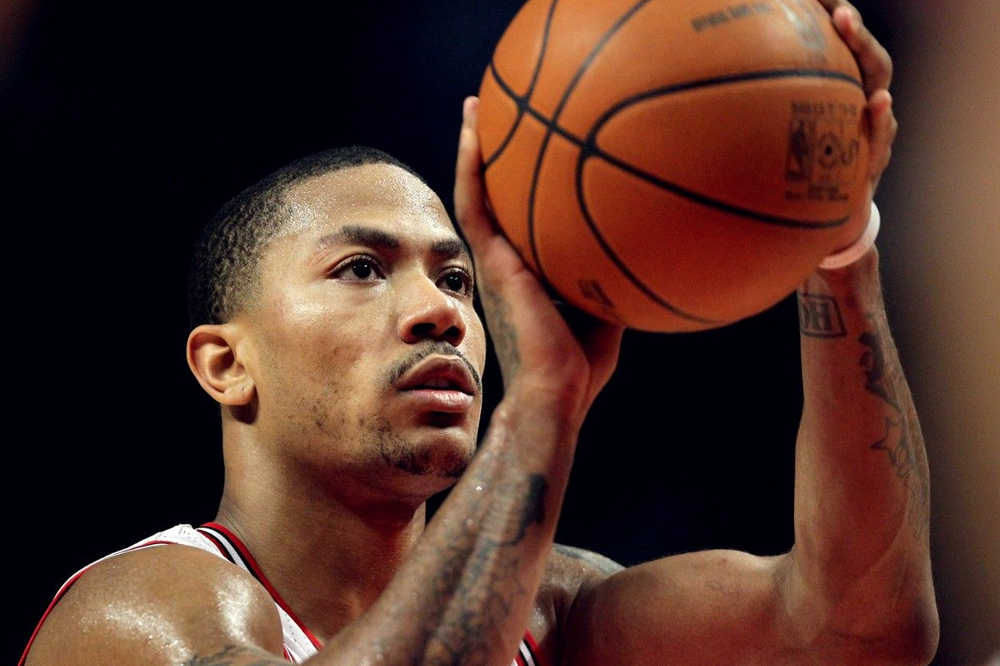 The New York Knicks and the Chicago Bulls stunned the NBA with a pre-draft trade today, as the Knicks announced they acquired Derrick Rose, the former MVP from the Bulls along with guard Justin Holiday and a 2017 second-round pick. The Knicks sent center Robin Lopez and point guards Jerian Grant and Jose Calderon to Chicago in the deal.

The Knicks were desperate for point-guard help and the free-agent list is modest, especially since the Knicks know Mike Conley is not coming, according to a source that was quoted in the New York newspapers earlier this week. There also wasn’t enough front-office support for the second-best free-agent point guard, Rajon Rondo.

“This is an exciting day for New York and our fans,” Knicks coach Jeff Hornacek said in a statement. “Derrick is one of the top point guards in the NBA who is playoff-battle-tested. He adds a whole new dynamic to our roster and immediately elevates our backcourt.”

“He’s in a different phase in his career,’’ an NBA scout, who wished not to be named, told The New York Post in an interview. “Injuries have taken a toll on him. I think he needs a change of environment. Things had gone stale in Chicago on both ends. It’s better than what the Knicks had. It’s an upgrade at that position. I thought Robin had an upside, but you got to give to get.”

In a surprise, the Knicks also waived Tony Wroten, who was rehabbing from two ACL surgeries and had not yet played a game for them. Multiple sources, discussing the waiver with the New York newspapers, indicated Wroten’s knee was not healing fast enough.

Rose is in the final year of his contract, set to make $18 million, and looking to prove he hasn’t lost anything from his previous spot among the league’s elite. In eyes of the New York Knicks, it’s a risk worth taking, believing a working trio of Rose-Kristaps Porzingis and Carmelo Anthony can be a playoff club.

However, the trade has shifted their needs. The Knicks have enhanced their most vulnerable position, but now go into free agency without a starting center or starting shooting guard. The 2016 free-agent class of centers, however, is stronger than the point-guard class. So from the surface, it appears as though the Knicks do indeed have a strategy in play.

After waiving Wroten, the Knicks also will need a backup point guard. But they solidified the starting job for a head coach known to specialize in coaching that position.

General Manager Steve Mills said two weeks ago the team’s biggest pursuit would be “a lead guard” in free agency, but now he’s got Rose and that priority has changed.

According to another report in The New York Post, Center Dwight Howard reportedly has shown interest in coming to the Knicks, who could still net another Bull as Pau Gasol and Joakim Noah are both free agents. With starting shooting guard Arron Afflalo and Derrick Williams opting out, the Knicks could have more than $30 million in cap space, even after the trade.

The 6-foot-3 Rose recently finished his seventh season with the Bulls. He averaged 16.4 points, 4.7 assists and 31.8 minutes over 66 games played, but fear of recurring injury cast a cloud over the franchise.

Rose reigned as the youngest most valuable player in NBA history, with a Rookie of the Year award and three All-Star selections in his rearview mirror since the Bulls used the No. 1 overall pick in 2008 to draft the Chicago native. The Bulls were the No. 1 seed in the Eastern Conference playoffs for the second straight season.

Of course, we’re HustleTweeting about this mega-trade, and you are more than welcome to join the conversation by following THE HEYMAN HUSTLE on Twitter HERE or checking out our hyper-interactive Facebook page HERE!