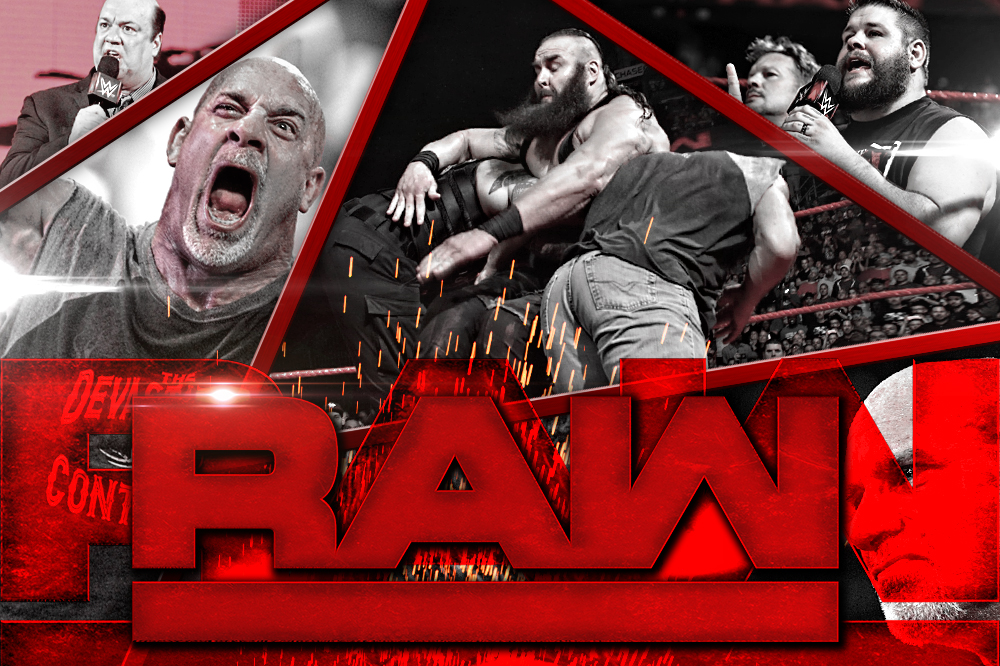 WWE Monday Night RAW‘s very first episode of 2017 was highlighted by the debut episode of The Kevin Owens Show, and the current WWE Universal Champion‘s spotlight was stolen by a historic double spear by Goldberg and Roman Reigns on the monstrous Braun Strowman. According to WWE.com:

It may have been called “The Kevin Owens Show,” but thanks to an escalating series of events, Kevin Owens was quickly forced out of the spotlight. First, Chris Jericho took the opportunity to announce his own entrance into the Royal Rumble Match, potentially setting the best friends on a collision course for WrestleMania. Owens wasn’t wild about that.

Then, Goldberg showed up and went nose-to-nose with Owens, who was even less wild about that. Then, Paul Heyman showed up to trumpet Brock Lesnar’s supposedly inevitable Royal Rumble Match win. Goldberg, who defeated Lesnar in 1:26 at Survivor Series, was unimpressed at best. Then, Roman Reigns showed up and went nose-to-nose with Goldberg. This brought out Braun Strowman, who announced (via a mic stolen from a cowering Heyman) his own participation in the Rumble Match and was promptly cut down with a double Spear from Goldberg and Reigns. Jeri-KO, meanwhile, made themselves scarce. As any talk show host knows, just because your name’s on the sign doesn’t mean you need to be struck along with the set.