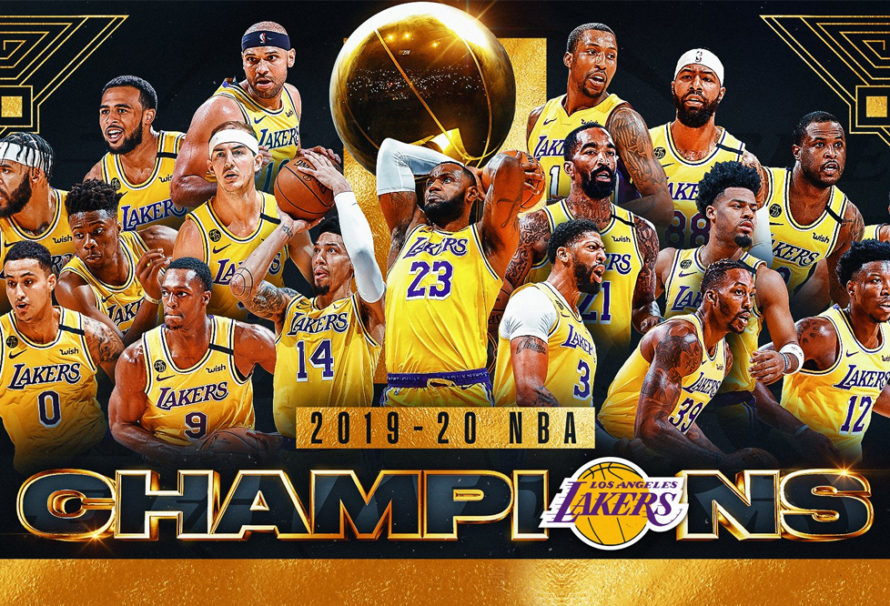 The Los Angeles Lakers are once again NBA champions, winning the title this evening by defeating the Miami Heat 106-93 in Game 6 of the NBA Finals, winning the best-of-seven series four games to two.

This is the 17th NBA championship for the Lakers, who are now tied with their storied rivals the Boston Celtics for the most

The Los Angeles Lakers are NBA champions, defeating the Miami Heat 106-93 in Game 6 of the NBA Finals on Sunday night, winning the best-of-seven series four games to two.

It’s the 17th title for the franchise, tying the Lakers with the Boston Celtics for the most NBA championships.

This was the Lakers‘ first NBA Finals appearance since 2010, when the late Kobe Bryant won his fifth and final NBA title. Bryant, along with his daughter Gianna and seven others, died in a helicopter crash January 26.

It’s the fourth championship for LeBron James, in his 10th NBA Finals. James previously won two titles with the Heat (2012 and 2013) and the Cleveland Cavaliers (2016). With this game, he became the NBA‘s all-time leader in playoff games played, at 260. He finished the night with a triple-double: 28 points, 14 rebounds and 10 assists. He was named NBA Finals MVP, the fourth time he has received this honor.

“For me to be a part of such a historical franchise is an unbelievable feeling, not only for myself but for my teammates, for the organization, for the coaches, for the trainers, everybody that’s here,” James said on the court. “We just want our respect. (Lakers vice president of basketball operations and general manager) Rob (Pelinka) wants his respect. (Lakers head) coach (Frank) Vogel wants his respect. Our organization wants their respect. Laker Nation wants their respect. And I want my damn respect, too.”

We’re HustleTweeting about the Los Angeles Lakers, and you’re more than welcome to join the conversation on the Hustle Twitter HERE … on our ridiculously sensational Instagram HERE … or on our Facebook page HERE!