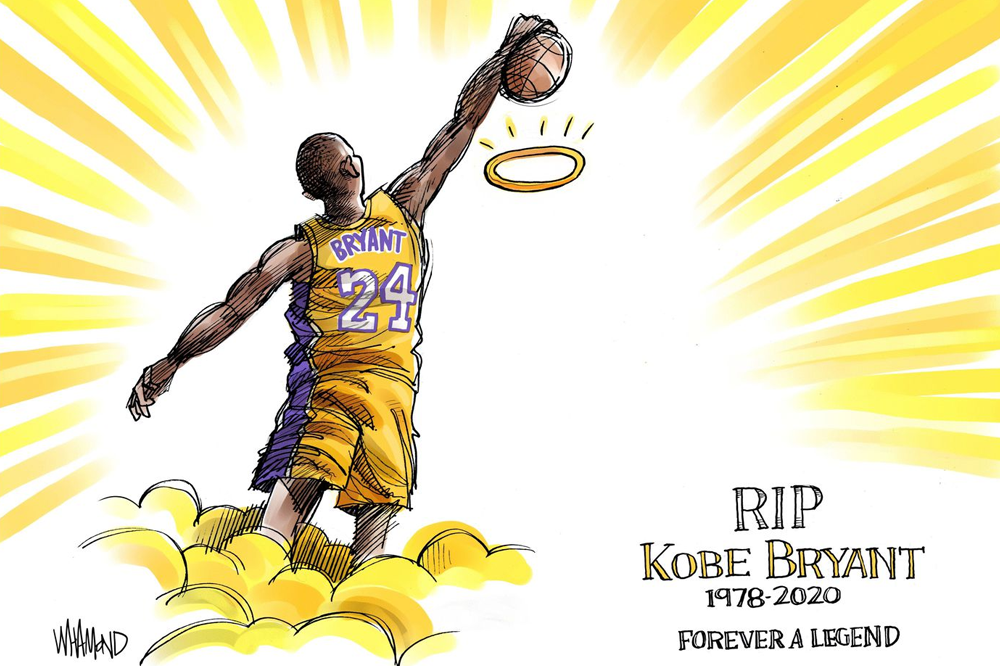 Kobe, one of basketball’s greatest players and most masterful scorers of all time, was among the passengers who died Sunday in a helicopter crash in Calabasas, California.

Los Angeles County Sheriff Alex Villanueva said in an afternoon news conference the passenger manifest for the helicopter indicated nine people were on board. There were no survivors. Early reports said five people were aboard.

Villanueva declined to confirm any identities, saying he would wait for the coroner.

Bryant’s 13-year-old daughter Gianna was also killed in the crash.. Reports are that Gianna and her father were en route to an AAU basketball game Sunday morning when the helicopter crashed.

In a statement released by the league, NBA Commissioner Adam Silver mentioned Bryant and his daughter by name, though, saying, “The NBA family is devastated by the tragic passing of Kobe Bryant and his daughter, Gianna. … We send our heartfelt condolences to his wife, Vanessa, and their family, the Lakers organization and the entire sports world.”

We are HustleTweeting about Kobe Bryant, and you are invited to join the conversation on the Hustle Twitter HERE and also on our hyper-interactive Facebook page HERE!