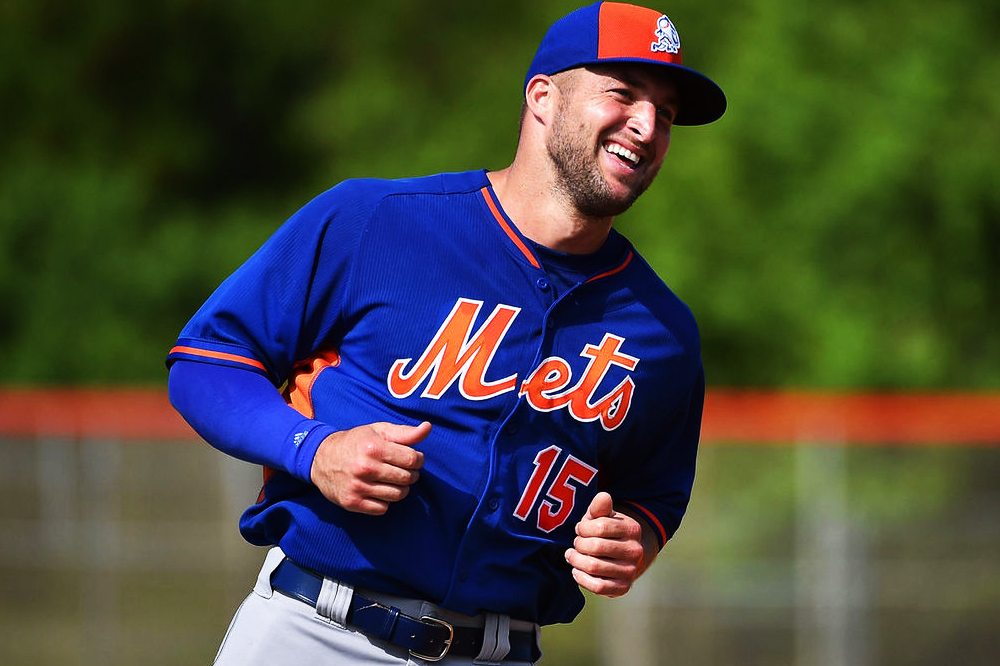 The New York Mets have moved Tim Tebow up to the Arizona Fall League after cutting short their Instructional League this week with Hurricane Matthew approaching Florida, where Gov. Rick Scott has declared a state of emergency.

Tebow, the former NFL quarterback and 2007 Heisman Trophy winner, is scheduled to report Sunday and play for the Scottsdale Scorpions. Opening day is next Tuesday in the Arizona Fall League, which has been described as “a competitive proving ground designed to enhance the development of promising minor leaguers.”

Among his teammates will be New York Yankees first baseman Greg Bird, who hit 11 home runs in 46 major league games as a rookie last year. Bird was unable to play this season following shoulder surgery.

“We want Tim to play in more games to continue developing his skills on the field while facing advanced competition,” stated Sandy Alderson, the general manager of the Mets.

Tebow’s manager in the AFL will be Mets first base coach Tom Goodwin, once his duties with the big league club are done.

Tebow embarked on a professional baseball career last month when he signed a minor league contract with the Mets. The 29-year-old outfielder was sent to their Instructional League in Port St. Lucie, Florida, smashed a home run on the first pitch he saw in a competitive game, a 90 mph fastball.

“Working in the Instructional League has been a lot of fun and productive,” Tebow said. “We worked hard and I was able to see a lot of pitches and work on different things. There was great coaching and I tried to improve every day. I plan to use the Fall League as an opportunity to improve. It’s a blessing and a great opportunity.”

We are HustleTweeting about Tim Tebow, and you’re more than welcome to join the conversation by following the Hustle on Twitter HERE or by hitting LIKE on our hyper-interactive Facebook page HERE!