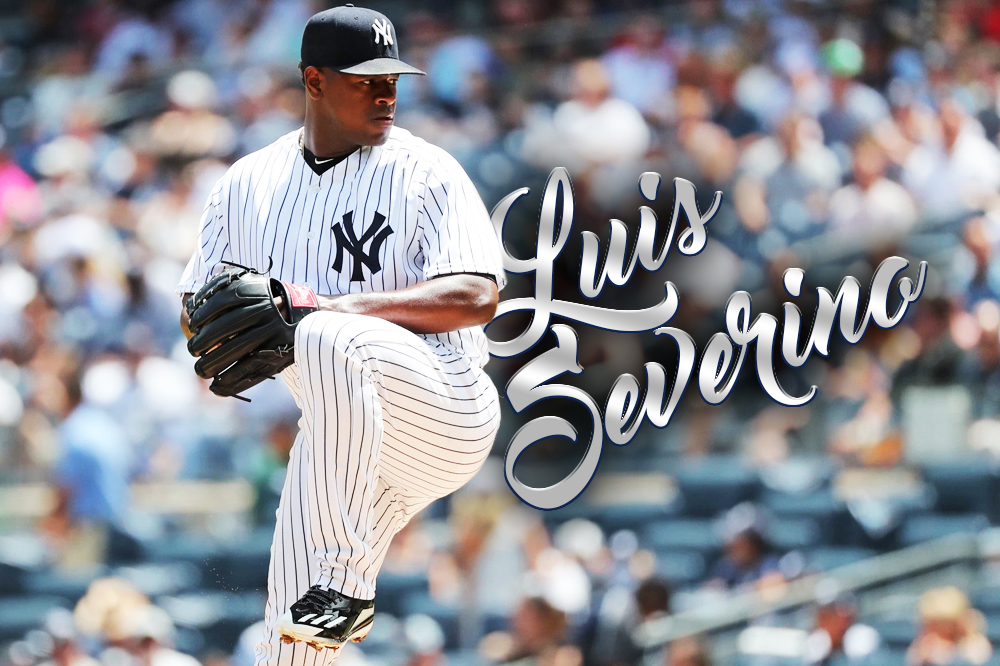 I respectfully suggest we all save the Baseball Writers Association some time in the future and just put @LuisSeverino94 in the #BaseballHOF now. It's going to happen anyway, I assure you! #NYC #NewYork @Yankees @YankeesPR @BronxPinstripes #BronxBombers

“It’s hard for me to imagine anyone better,’’ Boone said after Severino destroyed the Philadelphia Phillies in a 6-0 Yankees win on Tuesday night at Citizens Bank Park where a significant amount of the sold-out crowd of 43,568 were there to cheer on the Yankees. “The record speaks for itself, the ability to get deep into games and he has been really good against the elite competition. He has put himself in the conversation about the best in the game, no doubt about it.’’

At the moment, Luis Severino is the best starter in Major League Baseball. Against Philly, he provided seven shutout innings in which he allowed six hits, didn’t walk a batter and fanned nine. That record Boone mentioned moved to 12-2 and his ERA dropped to 2.10.

Working without a slider in the early innings, Severino dominated with a fastball that was still being clocked in triple digits in his last inning and located in various parts of the strike zone.

“In the first and second innings, [the slider] wasn’t that good,’’ Severino said. “But it got better.’’

By the time the slider surfaced, Severino had a 1-0 lead thanks to Aaron Hicks driving Jake Arrieta’s third pitch of the game over the center-field fence. That advantage increased as Phillies second baseman Cesar Hernandez’s throwing error led to three unearned Yankees runs in the third when Gleyber Torres had a two-run single. Hicks’ sacrifice fly in the fourth scored Austin Romine for a 5-0 bulge and Didi Gregorius’ 15th homer starting the fifth finished the scoring.

The 52-25 Yankees’ second straight victory kept them one-half length ahead of the Red Sox in the AL East, which long ago turned into a two-team competition. With the Red Sox coming to Yankee Stadium for three games this weekend, Severino would embrace Boone handing him the ball. It wouldn’t be a case of Severino coming back on short rest because he would have four days between starts.

Boone said “there is a chance of that happening’’ and Severino will gladly accept if offered the opportunity to face the Red Sox in front of a national television audience.

“If they ask me I will be ready,’’ Severino said about pitching against the Red Sox, but explained it will have to come from pitching coach Larry Rothschild and Boone because they are in charge. “I am not scared of anybody.’’

We’re HustleTweeting about Luis Severino, and you’re more than welcome to join the conversation by following the Hustle on Twitter HERE or by hitting LIKE on our hyper-interactive Facebook page HERE!