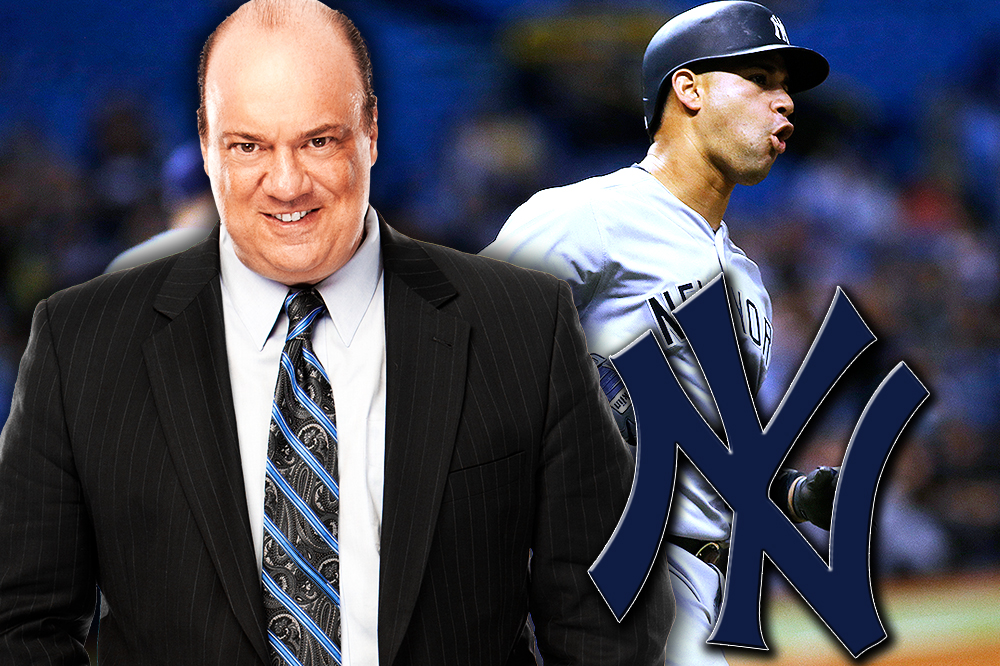 New York Yankees catcher Gary Sanchez‘s three-run homer in the second inning yesterday was his 18th of the season, smashing the rookie into the history books as reaching 18 home runs faster than any player in what Major League Baseball considers the “modern era” (since 1900). Sanchez’s blast allowed him to best Wally Berger of the 1930 Boston Braves. Berger needed 48 games to hit 18 homers, while Sanchez was playing in the 45th game of his career. It was Sanchez’s fourth homer in his past four games.

Sanchez then hit another homer in the sixth inning. It marked the third time he has hit two in a game in his career. His 19 home runs are the most by a Yankees rookie since Alfonso Soriano hit that many in 2001. Soriano needed 574 at-bats.

On Tuesday, Sanchez’s three-run homer in the seventh inning gave the Yankees the lead as he continued to thrill his teammates.

“There are plenty of words … amazing, incredible, impressive,” said 14-year veteran Mark Teixeira when asked to describe Sanchez’s streak. “He’s carried us. We are not even close to talking about a playoff berth if Gary doesn’t come up and do what he has done.”

Which brings THE HEYMAN HUSTLE to our self-promotion moment of the day. The resurgence of the New York Yankees through their much-discussed youth movement was something laid out by our boss Paul Heyman six years ago on an episode of The MMA Hour with Ariel Helwani.

According to reporter Mark Sulymanov of The Inquisitor:

In 2010, the New York Yankees were an MLB powerhouse, coming off a World Series championship, featuring a roster filled with future Hall of Famers, perennial All-Stars, and household names.

Until 2012, the Yankees remained a playoff contender, spearheaded by veterans such as Derek Jeter, Alex Rodriguez, Andy Pettitte, and Mariano Rivera. However, age eventually caught up to the Yankees as they missed the playoffs in 2013, 2014, and seem headed for a similar outcome this year.

The team became trade deadline sellers for the first time since 1989 this year, trading away Aroldis Chapman, Andrew Miller, Carlos Beltran, and Ivan Nova — all but throwing in the white flag for 2016. Jeter (2014), and Pettite and Rivera (2013) are retired. Mark Teixeira announced his retirement at the end of 2016. A-Rod will join the ex-Yankees club this Friday as he plays his final game before assuming a role as a special advisor.

If former ECW promoter and current WWE personality Paul Heyman had his way, the Yankees core would have been shaken up six years ago.

During an August 2010 appearance on The MMA Hour with Ariel Helwani, Heyman — who was out of the wrestling industry at the time — was rumored to be in talks with Total Nonstop Action (TNA). However, those talks fizzled out and Heyman stayed away from professional wrestling for two more years before returning to WWE in 2012.

The former Paul E. Dangerously justified his thinking with the fact that Rodriguez, 35 at the time, already hit 600 HR in his career. Jeter, who reached 3,000 hits a year later, already was the Yankees all-time hits leader.

“These guys are in their 30s, they’re at the tail end of their prime,” Heyman, who is known for his on-screen persona as Brock Lesnar’s advocate, said. “I want a guy that’s coming into his prime, into his peak, so I can mold him, I can shape him, I can take him, and I can make him the guy that hits me 600 home runs. Or, gets pissed off that he’s only hit 600 home runs and he’s sitting there saying ‘I wanna pass [Babe] Ruth, I wanna pass [Hank] Aaron, I wanna pass [Mark] McGwire, I wanna pass everybody else.”

Long-term thinking and planning ahead would’ve been the Yankees’ motto under a Heyman-regime. While Heyman is better known for his creative writing in the scripted world of professional wrestling, he suggested a real-life plan eerily similar to the Yankees’ undertaking this season.

Several other pieces were previously ranked top-100 prospects. Dillon Tate, the fourth overall pick in last year’s draft, was part of the Yankees’ return for Carlos Beltran. Tate, 22, is having a down year in the minors (3-3, 5.12 ERA), but was ranked by Baseball America as the 69th overall prospect. Ben Heller, 25, was another piece in the Miller deal and ranked the Indians’ 30th prospect by MLB.com. Finally, outfielder Brian McKinney, acquired for Chapman, was ranked the 83rd best prospect by Baseball America in 2014 before he was dealt to Chicago.

“I want a bunch of 21-year-olds because then in five years, I got a team of guys under 30 and we’re kicking everybody’s ass and I still have 400 more home runs to hit in their career,” Heyman said.

Try getting a raise out of a forward thinker like our boss.

We’re HustleTweeting about all things New York Yankees (and Paul Heyman) and you’re more than welcome to join the conversation by following the Hustle on Twitter HERE or by hitting LIKE on our hyper-interactive Facebook page HERE!