The NY Daily News Sings the Praises of Luis Severino 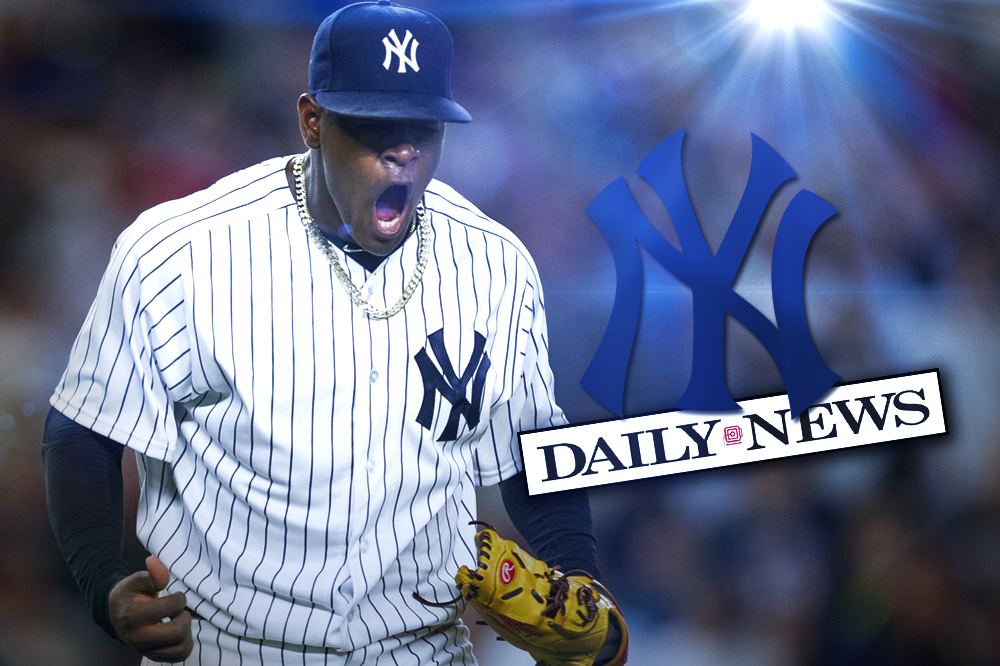 So The New York Daily News has finally figured out what our boss Paul Heyman was telling you from day one: While Aaron Judge has stepped up to be the at-bat leader of the New York Yankees, the pitching mound belongs to Luis Severino! According to the report in the News:

It’s hard to imagine Chris Sale ever channeling Pedro Martinez and calling the Yankees “my daddy,” as the Hall of Famer did in a moment of weakness in 2004. And it’s not like they’ve bludgeoned the ace lefthander in his first season in Boston.

But in terms of results, there is no disputing the obvious: The Yanks have owned Sale in 2017.

With the 9-2 win on Sunday night, in which they Bronx-bombed him early with three home runs, the Yankees have prevailed in four of the five games Sale started against them this season.

Actually, on this night the Yankees did more damage against the Red Sox bullpen, with Aaron Judge electrifying the crowd with a 469-foot home run off ex-Met Addison Reed, turning the late innings into a party at the Stadium.

Still, the three longballs from Chase Headley, Matt Holliday, and Todd Frazier against Sale set the tone, and the offense pressured him every inning to elevate his pitch count and knock him out in the fifth inning.

So the Red Sox’s new ace is 0-3 in The Rivalry despite allowing only 10 runs in his five starts this season, mostly because the Yankees succeeded against him the way the Joe Torre teams once did against Pedro, by outlasting him with their own outstanding pitching.

In this case it was Luis Severino delivering a gem in a big-stage game that affirmed his status as the Yankees’ ace, no matter how well Masahiro Tanaka has pitched lately.

Put it this way: Is there any doubt who would pitch the wild-card game if it comes to that for this team?

Not the way Severino pitched against the Red Sox, racking up nine strikeouts in what would have been six scoreless innings if not for some shoddy defense, including another costly passed ball by Gary Sanchez.

No doubt Severino, who threw 87 pitches, would have gone at least one more inning had the offense not erupted for six runs in the sixth inning, allowing Joe Girardi to save his ace some bullets.

Still, it was quite an impressive bounce-back, considering the Sox banged the 23-year old righthander around for 10 runs on Aug. 12, in what was Severino’s worst start of the season.

And then there was his start last Monday against another ace, Corey Kluber, when he had good stuff but gave up three solo home runs that cost him in a loss against the Indians.

And with a potentially crucial two-game swing in the standings at stake, Severino had a lot on his shoulders going into this one, which is why Girardi found it particularly meaningful in his development.

“If you want to call yourself an ace,’’ the manager said, “you have to be able to match up against the other No. 1 guys. So I think this was really important for him.”

In fact, Severino took another another step toward being one of the best pitchers in baseball. With the win he’s now 12-6 with a 3.03 ERA, third best in the AL behind only the two guys he matched up with this week — Kluber at 2.56 and Sale at 2.85 even after his rough night.

Most importantly, of course, the righthander delivered a pivotal win, as the Yankees took three out of four in this series, sending the Sox back to Boston leading by 3½ games rather than 5½ — a difference that keeps the race in the AL East very much alive.

The win also brought a close to the 19-game season series, with the Bombers winning it by a count of 11-8, as their starters pitched well against the Sox all season.

The problem now is the Yankees still have considerable ground to make up, mostly against teams that are in close pursuit of them in the wild-card race.

In fact, they head off for a nine-game road trip that is the toughest part of their remaining schedule, starting with a sleep-deprived turnaround on Monday, as they go from a Sunday night game in the Bronx to a 2 p.m. start in Baltimore.

Under any circumstances, the Yankees figure to have their hands full against the Orioles, who have won nine of their last 11 games to give themselves a real shot in the wild-card race, 3½ games behind the Bombers, 1½ behind the Twins for the second spot.

The Yankees also have the Rangers and Rays, two fringe wild-card contenders, on the trip, but if they survive it without a major hiccup, they finish with 14 of their final 17 games at home _ where they are 40-27, compared to 33-36 on the road.

So you have to like their chances, one way or another, of making it to October, and Severino’s start on this night made it seem like anything is still possible for this team.

Who knows, they might even see Sale again before it’s all over. Though he probably would rather not see them.

We’re HustleTweeting about Luis Severino, and you’re more than welcome to join the conversation on the Hustle Twitter HERE and also on our hyper-interactive Facebook page HERE!