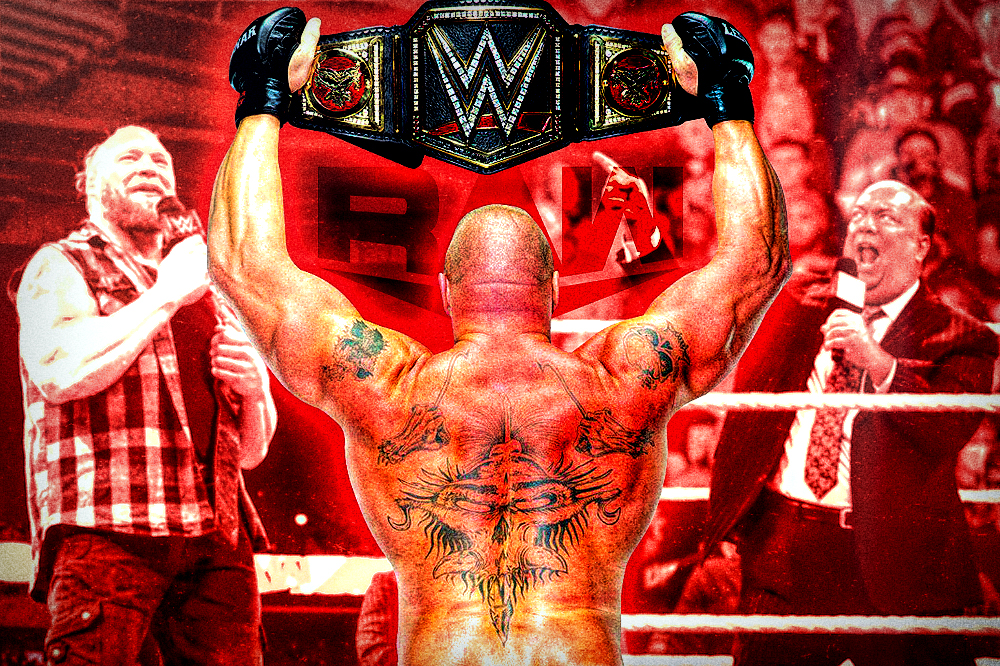 At the Day 1 premium live event, Brock Lesnar shocked the entire WWE Universe when (because Universal Champion Roman Reigns announced he had COVID) Brock Lesnar won the WWE Title in a Fatal Five-Way Match that was originally a Fatal Four-Way featuring Big E, Seth Rollins, Kevin Owens and Bobby Lashley. Lesnar appeared on 2022’s very first edition of RAW … and he didn’t come alone … he was introduced by his former and apparently current #Advocate (our boss) Paul Heyman!

We’re HustleTweeting about this latest development, and you’re more than welcome to join the conversation on the Hustle Twitter HERE … on our ridiculously sensational Instagram HERE … or on our Facebook page HERE!