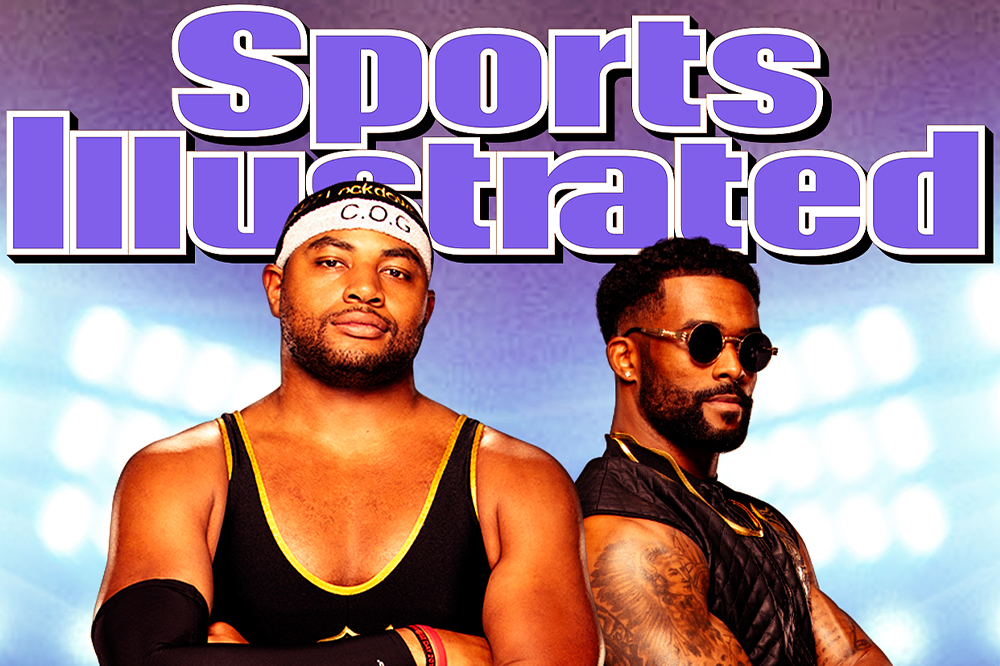 The Street Profits were interviewed by Justin Barrasso of Sports Illustrated and had a lot to say about a number of topics.

In regards to moving to WWE Smackdown, Montez Ford commented, “This is a way for us to reintroduce ourselves to a whole new side of the world. The Fox audience is different from the USA Network audience or the NXT audience, so we want to make our mark. There are more tag teams, experienced tag teams that have had championship runs, so that’s very exciting for us.”

Angelo Dawkins added, “The chance to be on Fox, that’s number one. Being on that platform is going to be fun. What better night is there than Friday to have the Street Profits on your TV? Friday is the beginning of the weekend if I’m not mistaken, so it’s perfect for us. It’s a chance to get to a different audience for us and line up against different competition each and every week. And we won’t look too far forward, but we have a big one coming up against the New Day at the Survivor Series.”

In regards to facing The New Day at Survivor Series, Montez exclaimed, “(The three members of New Day) paved the way and gave us something to look up to and aspire toward. They’re three similar people with similar cultural upbringings, and we have so much respect for the way they continue to reinvent themselves. They made their mark and continue to do amazing work in this industry. To see guys who look like us and act like us, that is so cool to see. Look at the mark in history they’ve made. That makes us want to do the exact same thing, and more.”

Dawkins added, “I look up to (the three members of New Day) for a lot of reasons. When I first started, Xavier Woods was the guy who took me under his wing. He taught me the ways of going about being a professional. Watching all three of them, the way they carry themselves professionally, the way they compete, and the manner they take all obstacles head on. I was really laughing about the impression they did of us this past Monday. I was laughing the whole time. Kofi had me down to a T. One of our first backstage interviews on Raw, we were in Toronto, and that was where I’d partied a little too much with Ric Flair. I ended up having to chug a whole gallon of water, and I was pretty much asleep the entire time backstage, so hearing Kofi say ‘Fam’ every other word like I normally do, and falling asleep in between, and then Woods saying, ‘You can’t go full Dawkins!’, that was really good. I can’t wait for our rebuttal on SmackDown.”

When asked about our boss Paul Heyman, Dawkins stated, “Paul made the biggest difference by offering these simple words, ‘Just be you.’ He wanted us to do exactly what we were doing and be ourselves. As soon as he said that, we just took it and ran with it. Paul put a lot of trust in us. I thank him dearly for that. Paul is the reason we ended up on Raw. He’s the catalyst for why we’re in the position we’re in right now. He saw us putting in work at the PC, and Paul said, ‘I want those guys.’ And when he felt like we weren’t being ourselves, he let us know right off the bat. Luckily it only happened once, but we always took the advice that he gave us. He trusted us, gave us a platform, and we’ve been executing on it ever since.”

Montez added, “To piggyback off what Dawk said, Paul was very determined to make sure we were being ourselves. He felt that was the best way to succeed, and he had faith and trusted in us to do what we needed to do. That spoke volumes to us. He was the pivotal point in our transition from NXT. I thank God for Paul.”

Be sure to check out the entire interview. It’s a stellar piece on the most influential tag team of this generation.

We’re HustleTweeting about The Street Profits, and you’re more than welcome to join the conversation on the Hustle Twitter HERE … on our ridiculously sensational Instagram HERE … or on our Facebook page HERE!