The Undertaker Declares: I am One of the Original Paul Heyman Guys 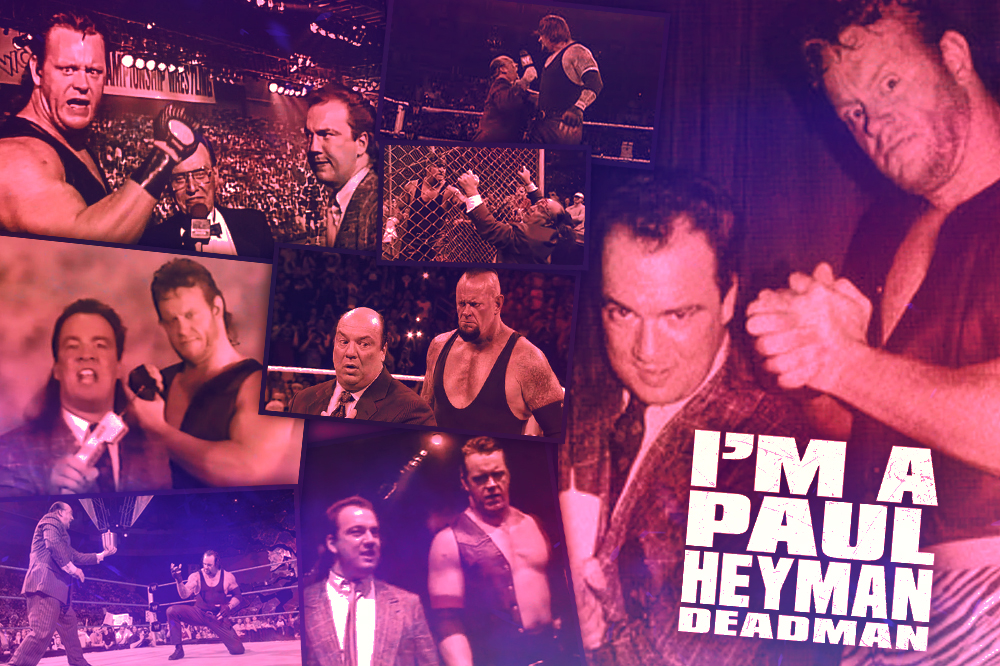 There is a fantastic article right now on Sports Illustrated’s website in which reporter Justin Barrasso talks with WWE‘s Undertaker on a variety of subjects coming out of WWE Network‘s The Last Ride documentary.

One of the more fascinating aspects of the interview in SI is Undertaker revealing how he made the move from Mark Calaway aka Mean Mark Callous in Ted Turner‘s WCW to becoming The Undertaker.

Calaway’s work brought him to WCW, where he made his on-screen debut in January 1990. Now known as “Mean” Mark Callous, he was eventually paired with another wrestling visionary in Paul E. Dangerously, his longtime advocate and friend Paul Heyman.

Like so many other wrestlers, there was disappointment from moments that were supposed to be his breakout. Even worse, Calaway saw the writing on the wall—a deliberate choice to use him as an enhancement talent for the stars.

Let that sink in for a moment. Mark Calaway, the iconic Undertaker, just another guy.

So Calaway turned to the one who always had his back. The one behind the man who put the “1” in 21–1, the creator of extreme, the famed Paul Heyman.

The Undertaker is among the first “Paul Heyman Guys.”

“For someone that’s been in the business as long as I have, I’m still last to the party for a lot of things,” said Calaway. “Being a ‘Paul Heyman Guy,’ I’d heard that for years but never thought much about it. One day I realized, ‘Well shoot, I’m a Paul Heyman Guy.’

“First I was with Danny Spivey in WCW and we were the Skyscrapers, and Teddy Long was our manager. Danny left, and it was just me. That’s when they brought Paul into the company and put him with me. We traveled together and made all the towns together, and Paul really came to be a beneficial part of my career. Paul was friends with Bruce Prichard, and those two opened up a line of conversation about coming to the WWE.”

Without Heyman, there is no Undertaker.

“Paul played a pivotal part in keeping the lines of communication open with WWE,” said Calaway. “Paul was talking to Bruce Prichard, and Bruce was talking to Vince. Paul pushed Bruce, and I finally got that meeting with Vince. So hindsight being 20/20, I am one of the original ‘Paul Heyman Guys.’”

We’re HustleTweeting about Justin Barrasso‘s interview with The Undertaker, and you’re more than welcome to join the conversation on the Hustle Twitter HERE and also on our hyper-interactive Facebook page HERE!