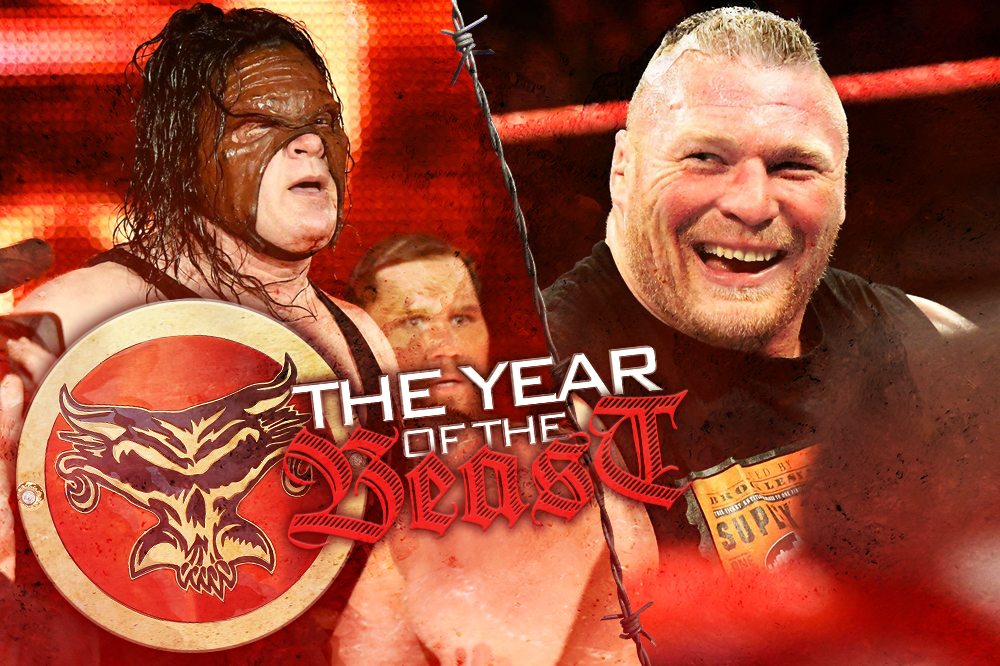 WWE presented a live edition of Monday Night RAW from the American Airlines Arena in Miami, Florida, and our boss Paul Heyman was on hand, along with his client, the reigning defending undisputed Universal Heavyweight Champion Brock Lesnar. According to WWE.com:

Kane may be the living embodiment of single-minded destruction, but even he knows beating Brock Lesnar is going to require some strategy. But while The Big Red Machine certainly showed his smarts by offering Braun Strowman the chance to join forces as WWE’s “alpha monsters” and take down Lesnar at Royal Rumble, The Monster Among Men remained firmly on Team Braun.

So, when Lesnar and Paul Heyman arrived to ring in “The Year of The Beast” and promise domination at Royal Rumble despite the “stacked deck” Lesnar had to fight through once again, Kane made it a point to interfere.

Strowman was nowhere to be found when The Devil’s Favorite Demon hit the scene (he was watching from the backstage area), but Kane held his ground against The Beast Incarnate anyway, planting Lesnar with a thunderous Chokeslam that seemingly put him down … until Lesnar sat bolt upright a la The Big Red Machine himself and sent his foe tumbling over the top rope, instigating a fight at ringside that required most of the locker room to quell as Raw went off the air.