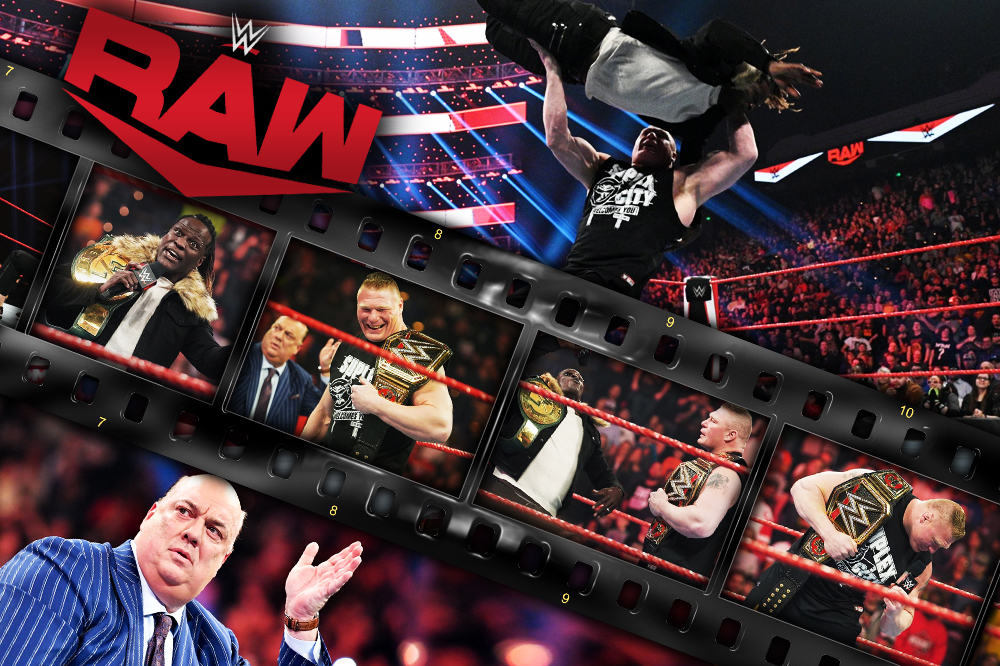 WWE Champion Brock Lesnar and his Advocate (our boss) Paul Heyman had a wild time with the crowd in Lexington, Kentucky … and even a most memorable interaction with R-Truth … and while it all ended up as a momentary stop on the road to the Royal Rumble for Brock and Paul, it ended up a bad night on RAW for R-Truth. According to WWE.com:

Let’s be honest: We live in a world where R-Truth could somehow back his way into winning the Men’s Royal Rumble Match. But announcing his intentions certainly did Truth no favors on Raw, as The Rapping Superstar found himself taken to “Sioux Falls City” and relieved of the 24/7 Championship in short order after confronting WWE Champion, No. 1 entrant and presumable Rumble Match favorite, Brock Lesnar.

About the best thing that can be said for Truth is that Lesnar didn’t take the 24/7 Title from him — that was Mojo Rawley, who struck after the dust had settled with a big boot on the ramp — becuase his arrival was a catastrophic misunderstanding that went south in a hurry. It turned out Truth’s brazen challenge was actually directed at Paul Heyman, who he thought had entered the Rumble. Truth tried to save himself with a hasty (and historic) Rumble Match un-declaration but Lesnar was unmoved, dropping Truth with a clothesline and F-5 that left him ripe pickings for Rawley’s attack moments later. Definitely not the best night for Truth. About the only solace his fans can take is the knowledge that he’ll bounce back. You can throw him over the top rope, but he tends to come out on top. Just not tonight.