Nick Diaz and Georges St-Pierre Collide ... Well, Sorta ... Well, NOT AT ALL During the UFC 158 Press Conference 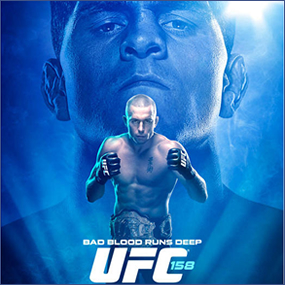 The Stockton Bad Boy Shows Up In Montreal Without a Bad Word To Say. Talk About Shocking The World …

The biggest controversy emanating from this press conference? There was no controversy at all. None whatsoever.

There was, however, a fascinating display of character being waged back and forth between the classy but pent-up GSP and the street wise, pent-up but amazingly restrained Diaz. This could be the most re-watched press conference in UFC history.

CLICK HERE TO CHECK OUT NICK DIAZ BEING INTERVIEWED BY OUR VERY OWN HUSTLER DE TUTI HUSTLERS PAUL HEYMAN ON SEASON TWO OF “THE HEYMAN HUSTLE!”

Of course, we’re HustleTweeting about GSP vs Nick Diaz, and you’re more than welcome to join the conversation by join the conversation by following us on twitter HERE or write us directly at hustleoncrave@gmail.com  Hey, have you checked out the Hustle’s Ultra High Quality You Tube Channel, with exclusive videos featuring OUR WORLD EXCLUSIVE WITH MIKE TYSON … BROCK LESNAR’S “HERE COMES THE PAIN” … ICE-T AND COCO’s SEX SECRETS … TEEN SENSATION TAYLOR MOMSEN … UFC BAD BOY NICK DIAZ … THE WALKING RIOT MISSY HYATT if you’re not subscribing, you’re missing something … and by the ways cheapos, it’s FREE! Yes, absolutely 100 percent FREE! What are you waiting for? Check it out HERE! 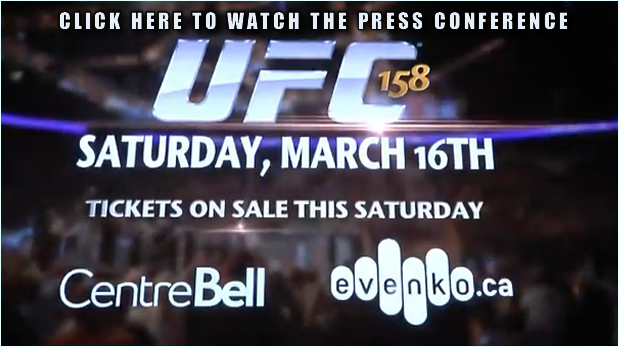