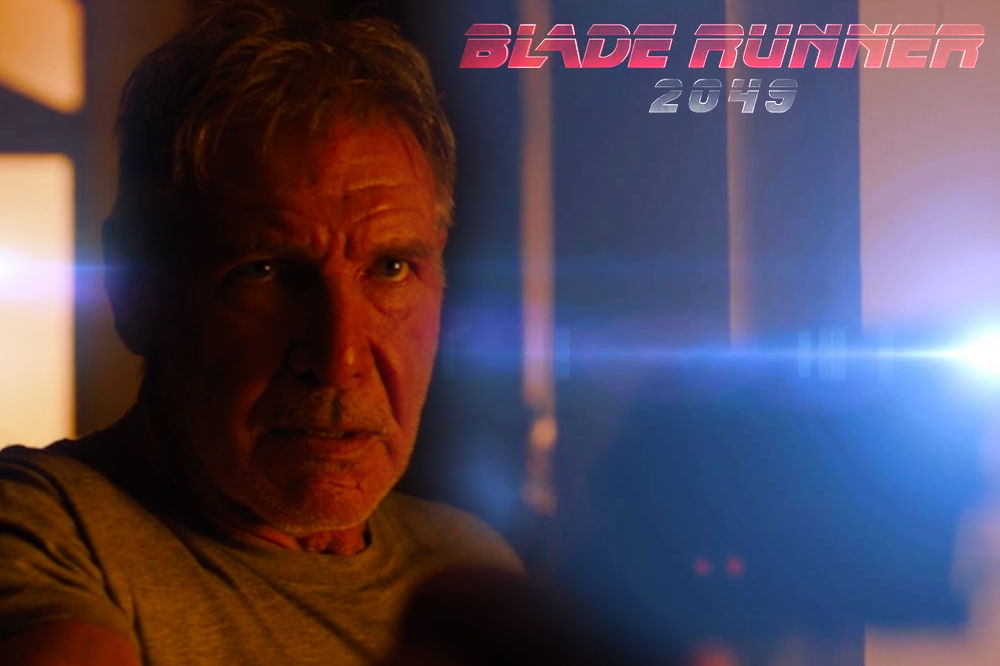 We have our first look into the future, more specifically 2049, as envisioned by director Denis Villeneuve, as guided by Ridley Scott. Villeneuve, who helmed “Arrival” is on tap to present the sequel to Scott’s historic 1982 film “Blade Runner” which was adapted from Philip K. Dick’s Do Androids Dream of Electric Sheep? — a story about Rick Deckard, a “blade runner,” who must hunt down rogue replicants (human-seeming androids).

Thirty years after the events of the first film, a new blade runner, LAPD Officer K (Ryan Gosling), unearths a long-buried secret that has the potential to plunge what’s left of society into chaos. K’s discovery leads him on a quest to find Rick Deckard (Harrison Ford), a former LAPD blade runner who has been missing for 30 years.

The film also stars Ana de Armas, Robin Wright, Jared Leto, Barkhad Abdi, Lennie James, Mackenzie Davis, and Sylvia Hoeks, and will arrive in theaters on October 6, 2017. We’re HustleTweeting right now about Blade Runner 2049, and you’re more than welcome to join the conversation by following the Hustle on Twitter HERE or by hitting LIKE on our hyper-interactive Facebook page HERE!