Webster Hall "As We Know It" to Close in August 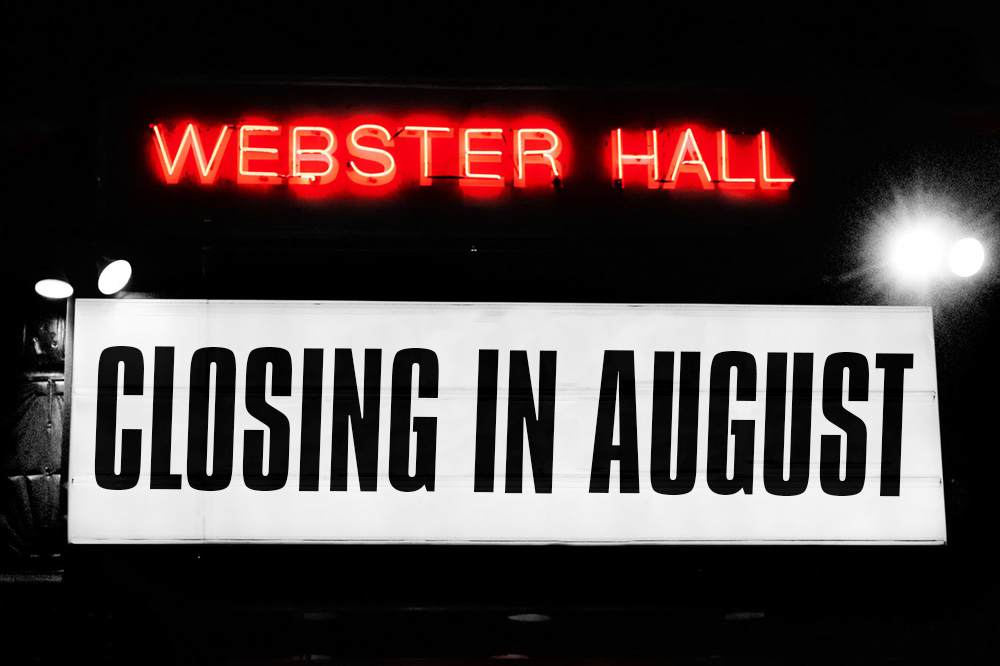 New York City’s famed Webster Hall, a music venue and nightclub located at 125 East 11th Street in the East Village will officially close for a major renovation early next month, the club’s manager has confirmed. The final club night before the overhaul will be Saturday, August 5 and the final night will be Wednesday, August 9, according to a Facebook post by Gerard McNamee, the club’s director of operations.

“Sad but true, the legendary and world-famous Webster Hall has been sold and will close as we know it,” McNamee said.

The venue will undergo an extensive renovation as part of its sale to AEG and Brooklyn Sports & Entertainment (the company that owns Barclays Center). When it reopens, its booking will be handled by Bowery Presents, which was also acquired by AEG last year.

Webster Hall has had many different forms since the first theater was built on the site in 1886. In the 1980s, it operated as storied club The Ritz, and since the ’90s has been run by the Ballinger family.

Ladies and Gentlemen/Friends and Family:

Sad but true, the legendary and world-famous Webster Hall has been sold and will close as we know it for its final club night on Saturday August 5th, 2017, which just so happens to be my birthday, which is certainly somehow apropos. It will be closed for an undisclosed period of time for demo, reno and transition to corporate ownership under Barclays/AEG/Bowery Presents. I highly recommend that you all stop by before the end of this era to pay your respects to the Ballingers and the building for providing us with a lifetimes worth of memories. There are only 12 club nights left. Please come celebrate our rich 25 year history of being the biggest, baddest and longest running nightclub in the history of New York City.

We’re HustleTweeting about the end of Webster Hall (as we know it), and you’re more than welcome to join the conversation on the Hustle Twitter HERE and also on our hyper-interactive Facebook page HERE!