What Did Roman Reigns Say to Edge on WWE Smackdown? 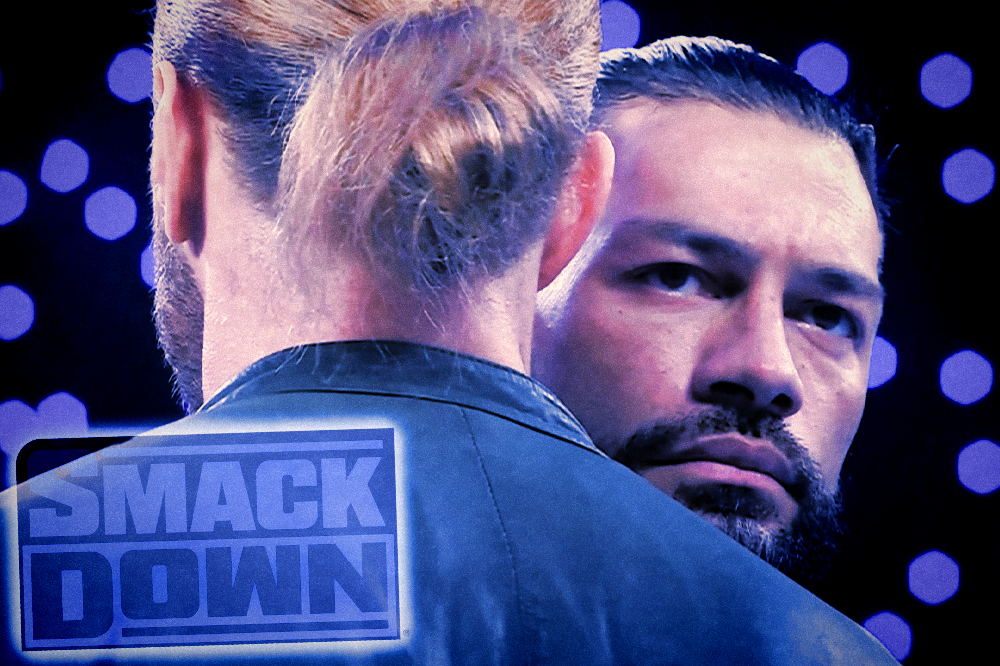 Edge opened WWE Smackdown on FOX, but it was WWE Universal Heavyweight Champion Roman Reigns (accompanied by our boss, his #SpecialCounsel Paul Heyman and also Reigns’ cousin Jey Uso) who got the last word.

But what did he say?

After announcing that he would not reveal which World Champion he will face at WrestleMania until after WWE Elimination Chamber last week, 2021 Royal Rumble winner Edge kicked off SmackDown ahead of Sunday’s pay-view-view. The Ultimate Opportunist contemplated the choices he would have to make following the pay-per-view before being interrupted by Universal Champion Roman Reigns and company. The Big Dog insisted that there was only one choice for Edge: The Rated-R Superstar could pick a main event or he could pick the main event. The Rated-R Superstar told the titleholder that he had now seen Reigns shaken and that whomever he chose to face at WrestleMania would be the main event.

Feeling disrespected, Sami Zayn soon joined the fray to further expound on the “conspiracy” against him and to make it clear that both Reigns and Edge should fear him. When he attempted to pose in front of the WrestleMania sign, however, Jey Uso suddenly superkicked The Master Strategist out of the ring. The Head of the Table then approached Edge and whispered something into his ear before taking his leave.

We’re HustleTweeting about WWE Elimination Chamber (it’s this weekend!), and you’re more than welcome to join the conversation on the Hustle Twitter HERE … on our ridiculously sensational Instagram HERE … or on our Facebook page HERE!