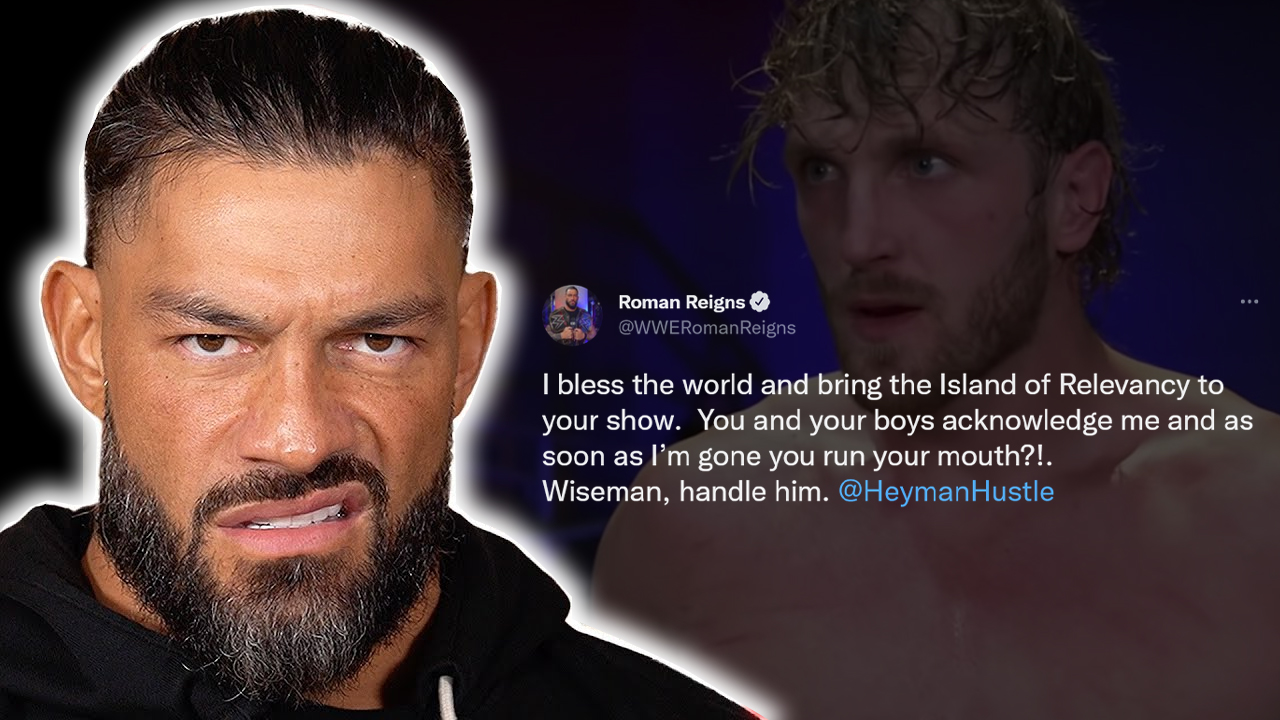 I bless the world and bring the Island of Relevancy to your show. You and your boys acknowledge me and as soon as I’m gone you run your mouth?!.
Wiseman, handle him. @HeymanHustle https://t.co/vbWgX74ZAW

WWE’s Undisputed Heavyweight Champion Roman Reigns is angry with social media sensation Logan Paul over comments that aired once Reigns wrapped up doing Logan Paul’s Impaulsive podcast. The entire scenario unfolded after an epic hour-plus podcast interview in which Roman Reigns opened up about a variety of subjects, and in the conclusion of the podcast, Logan Paul expressed his desire to have a WWE match with the Tribal Chief.

Now, Roman Reigns has lashed out about Logan Paul‘s comments, and has directed our boss, Reigns’ #SpecialCounsel Paul Heyman to “handle” Logan Paul.

This is escalating quickly!

We’re HustleTweeting about The Logan Paul “Impaulsive” Podcast with Roman Reigns, and you’re more than welcome to join the conversation on the Hustle Twitter HERE … on our ridiculously sensational Instagram HERE … or on our Facebook page HERE!