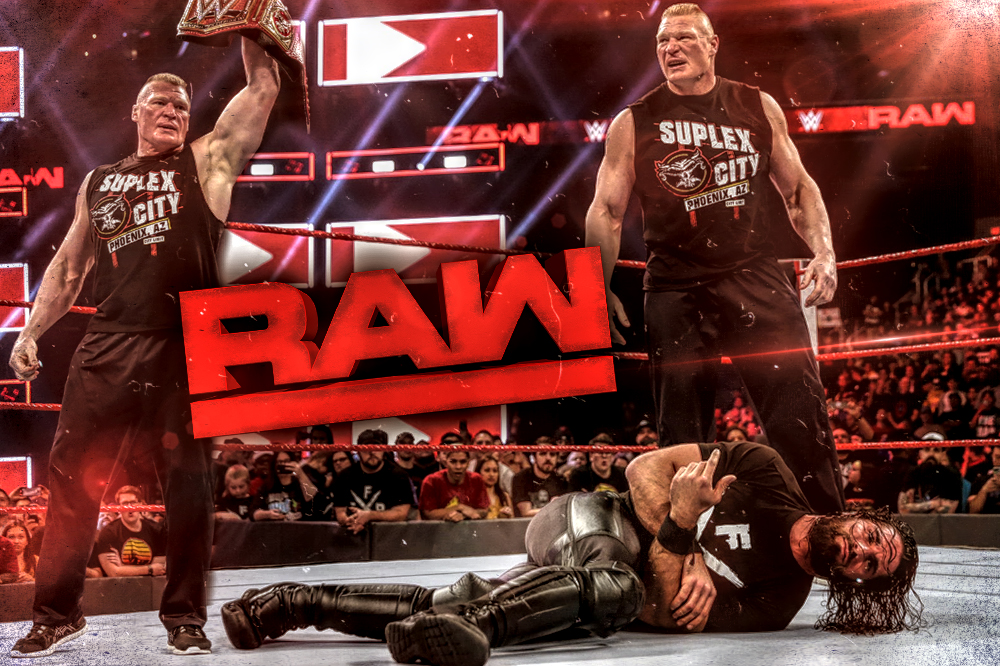 It’s officially WrestleMania season, as WWE‘s reigning defending undisputed Universal Heavyweight Champion Brock Lesnar didn’t wait for Royal Rumble winner Seth Rollins to make a choice. The Beast left RAW with the title match all but announced, but his opponent is eyeballing him for more.

Seth Rollins didn’t say outright that he was challenging Universal Champion Brock Lesnar at WrestleMania, but the winner of the Men’s Royal Rumble Match didn’t have to in order to make his point. The Kingslayer charged The Beast in the closing moments of Raw, cutting Paul Heyman short right as he was attempting to convince Rollins that he was better off challenging Daniel Bryan instead. Clearly, the promise of a grappling classic with the WWE Champion didn’t interest Rollins, as he made a beeline for Lesnar and was immediately met with five consecutive F-5’s, the last one atop the Universal Title. Ever defiant, Rollins sat up and screamed “Is that all you got?!,” to which The Beast replied with a sixth F-5 as Raw went off the air. The words weren’t spoken, but the decision was clear. Now come the consequences.