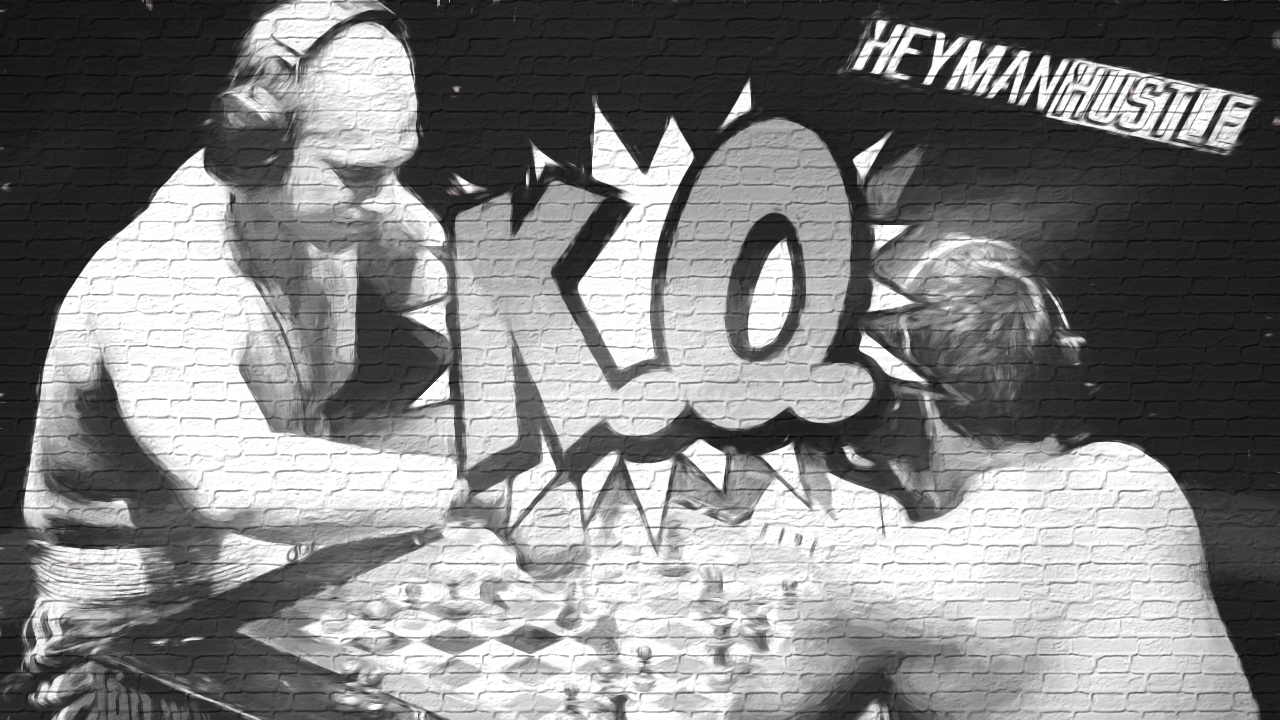 “A game of chess is like a swordfight:
You must think first before you move
And immune to any weapon
When it’s properly used it’s almost invincible”

What do you get when you mix the intelligence of Bobby Fischer with the brutality of Mike Tyson? If you sprinkle in the showmanship of professional wrestling you get chessboxing! I know what you are thinking; this sounds like something two drunk guys made up at a bar…and you would be correct!

Chess boxing was first mentioned by French writer Enki Bilal in his 1992 comic book Froid Équateur, which illustrates the science fiction story of “The Carnival Of The Immortals” and features the sport heavily. One night in 2003 while talking about the stereotype of athletes being dull, a Dutch performance artist named Lepe Rubingh and his friend were at a local pub and posed the question; “How can we find the smartest strongest athlete?” Both were huge boxing fans and liked chess. So they figured “Let’s find out!”

And the real-life sport of chess boxing was born. The rules are rather simple. Two gloved competitors duke it out up to 11 alternating rounds. Each chess round is 4 minutes long, followed by a 3-minute round of boxing. Like boxing there are weight classes to even up the odds. The winner of the match is declared by either a knockout or checkmate; whichever happens first. If the match goes the distance, score judges will judge the chess and boxing rounds to determine a winner by points. The challenge is to display brute strength, endurance, strategy and intelligence. The constant rotation of the two activities can be damning both physically and emotionally.

The first chess boxing event was promoted by Rubingh and took place in Berlin in 2003. The game then grew popular in other parts of Europe, then Asia, and has now made its way to the US. The two major organizations for chess boxing are the World Chess Boxing Organization and World Chess Boxing Association. Similar to boxing federations and pro wrestling territories in the 1980s, each crowned their own champions and even tried to unify the titles. However, the two sides were unable to agree on terms and continue to operate separately to this day.

During the Covid-19 pandemic of 2020 chess boxing was featured on the newly relaunched ESPN8: The Ocho, an ESPN television station that featured rogue sports like cliff diving, cornhole, and air guitar championships. Similar to the announcers in the 2004 film “Dodgeball: A True Underdog Story,” chess boxing features sarcastic, comical, but sincere commentary teams that equally hype up the matches and make fun of itself.

In 2020 Lepe Rubingh passed away suddenly in his sleep. Details of his death have remained private but have been confirmed to NOT related to Covid-19. Though he is no longer with us, his impact can be felt and enjoyed all over the world. There are currently professional chess boxing all over the world including countries such as Russia, Bulgaria, England, Ireland, Iran and more recently the United States. According to a 2013 Bleacher Report article by Jakob Schiller, the sport is so appealing because of the challenge of thinking “on and off your feet” and has a broad appeal to blue-collar and white collar audiences alike. Keep checking back with HeymanHustle for more information and updates about chess boxing news, events, and leagues in your area.