WWE Braces for the Lesnar - Lashley Collision at the Royal Rumble 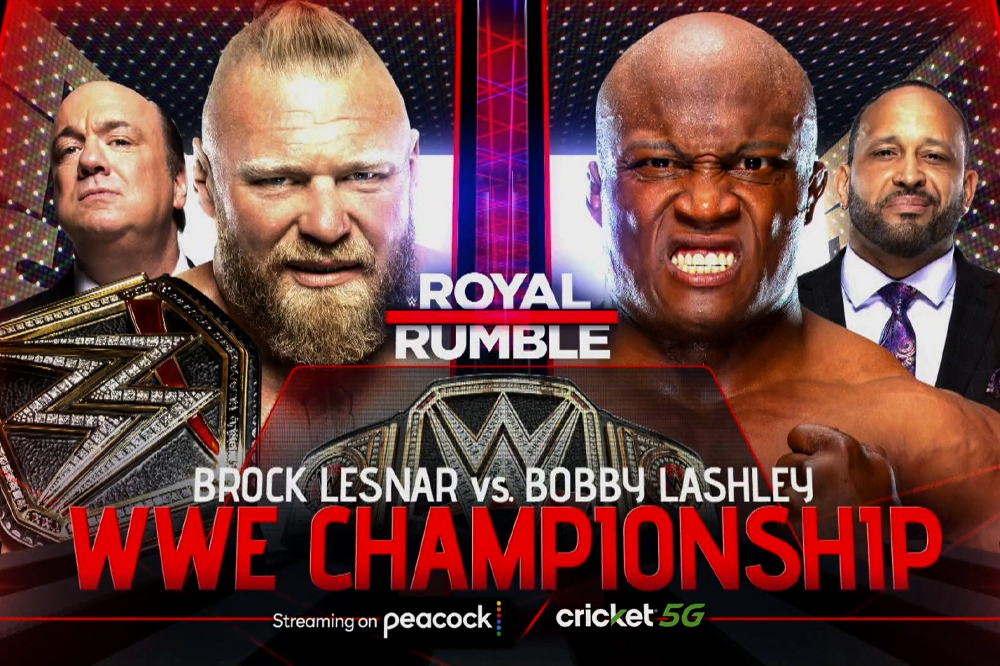 WWE Champion Brock Lesnar has never fought former WWE Champion Bobby Lashley one-on-one. The two met for the first time at the Day One event in Atlanta on January 1st, a point brought up by our boss, Lesnar’s #Advocate Paul Heyman during his promo on RAW just two nights later.

Lesnar’s Knock Knock Joke Heard ’round the World was an intentional dis on The All Mighty, designed to weaken Lashley’s confidence walking into the Royal Rumble, where Lesnar will defend the title against Lashley in their first-ever one-on-one encounter.

Their paths, quite different, but also quite similar.

Check out the build up to Brock Lesnar vs Bobby Lashley as we count down the days until this epic collision in WWE!

We’re HustleTweeting about the Royal Rumble, and you’re more than welcome to join the conversation on the Hustle Twitter HERE … on our ridiculously sensational Instagram HERE … or on our Facebook page HERE!