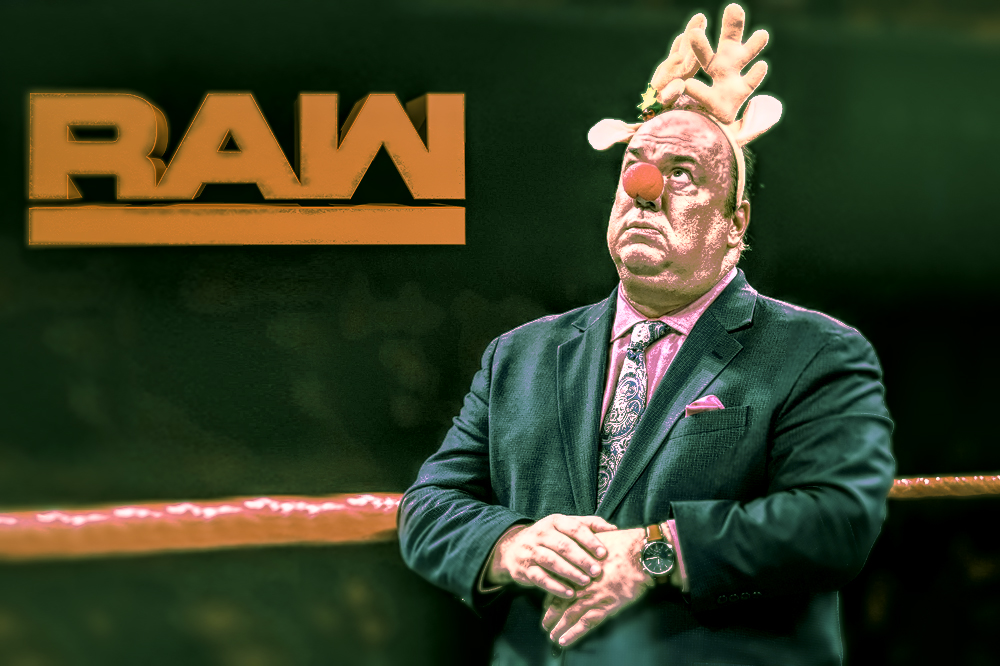 WWE Universal Champion Brock Lesnar‘s Advocate (our boss) Paul Heyman celebrated the holidays on Monday Night RAW from Sacramento, California, only to be interrupted by Braun Strowman, who challenges Lesnar for the title at the Royal Rumble pay per view on Sunday, January 27th, 2019. According to WWE.com:

Can we interest you in Paul Heyman singing “Silent Night,” but about how Brock Lesnar is going to demolish Braun Strowman at the Royal Rumble? Does Santa love milk and cookies? Suffice it to say, The Advocate’s rendition of the Yuletide classic was topped only by the remarkable follow-up of The Monster Among Men placing a red nose and reindeer antlers on an ashen-faced Heyman just moments later. Strowman’s guarantee that Lesnar will get his healed-up hands at the Royal Rumble was the final stroke, thus capping a very light-hearted prelude to a confrontation that will surely be anything but.