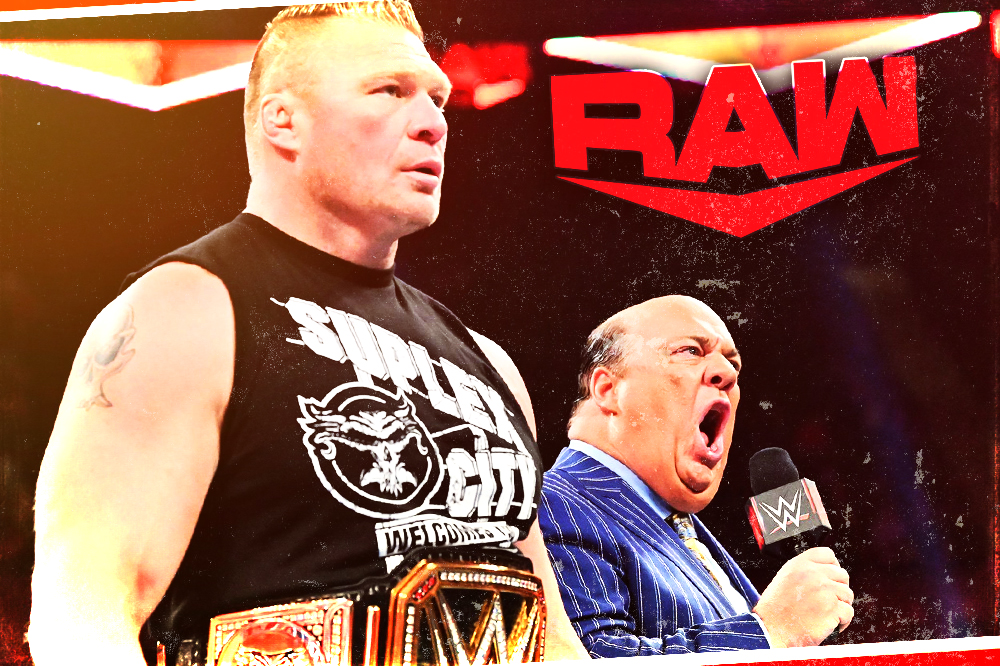 WWE Monday Night RAW got off to a raucous start, as WWE Champion Brock Lesnar and his Advocate (our boss) Paul Heyman took center ring by storm. According to WWE.com:

Say what you will about Brock Lesnar, but he is a man of his word. The Beast Incarnate said he was quitting SmackDown to come to Raw and find Rey Mysterio, and in defiance of the boardroom warriors who drafted him, he did just that. Lesnar — WWE Championship around his waist and Paul Heyman at his side — opened Raw with the news that the red brand had “absorbed” his contract and that he was going “hunting” for Mysterio, who embarrassed Lesnar with a torrent of chair swings following The Beast’s submission victory over Cain Velasquez last week. As for the legal entanglements of his client’s jump, Heyman dispelled with the red tape via a simple: “Brock Lesnar is entitled to do whatever the hell he wants to do.”

So, with Lesnar having set up shop in his new digs, it was time for business. “Somebody knows where Rey Mysterio is,” Heyman said, warning that The Conqueror wasn’t above putting hands on every man in the audience to force that person to reveal the whereabouts of The Ultimate Underdog. As it turned out, Mysterio found him, attacking Lesnar with a pipe after he laid waste to commentator Dio Maddin (plus some overmatched backstage employees). Mysterio even managed to leave Lesnar down by charging The Conqueror with the WWE Title itself. That was no accident, too, as Mysterio declared later in the night that he would repay Lesnar’s attacks on his family by coming after that which was most important to him: The WWE Championship. All in all, Mysterio can call this night an unmitigated win, and one that carries as much symbolic weight as it does literal: Heyman loves to to insist that Lesnar is entitled to do whatever he wants; count Rey among the very few Superstars who have managed to prove otherwise.