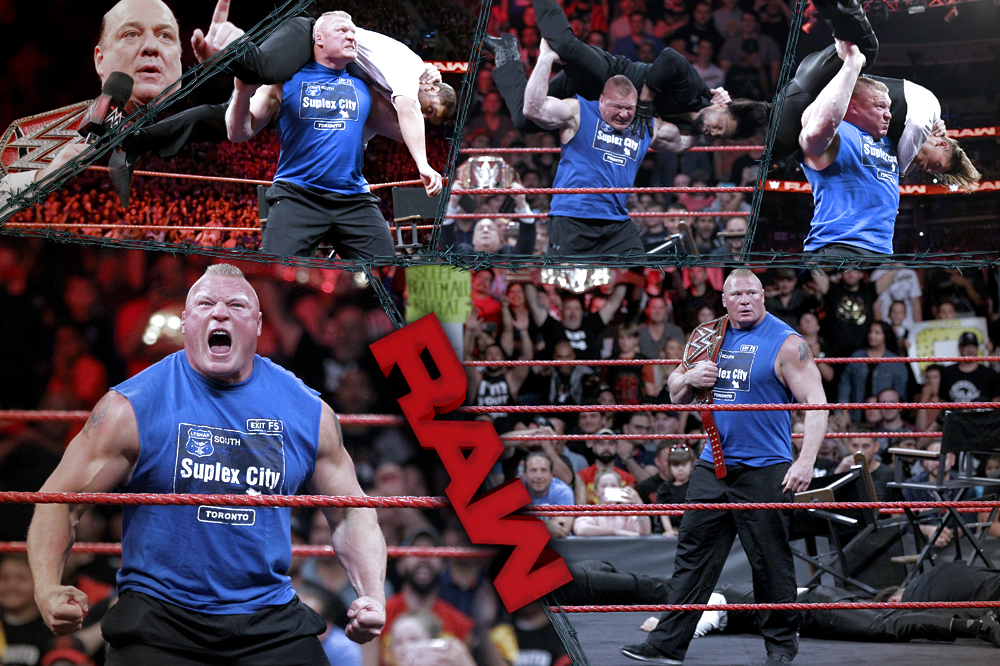 The Beast Incarnate is in an ornery mood heading into WWE SummerSlam on Sunday, August 20th, when he will defend the Universal Championship at the Barclays Center in Brooklyn against Roman Reigns, Braun Strowman and Samoa Joe in a Fatal Four Way Match. When Brock destroyed MizTV on Monday Night RAW, it served as a message to all those who challenge the champ. Now, WWE presents a fascinating look at Brock’s devastation from angles you didn’t get to see on television.