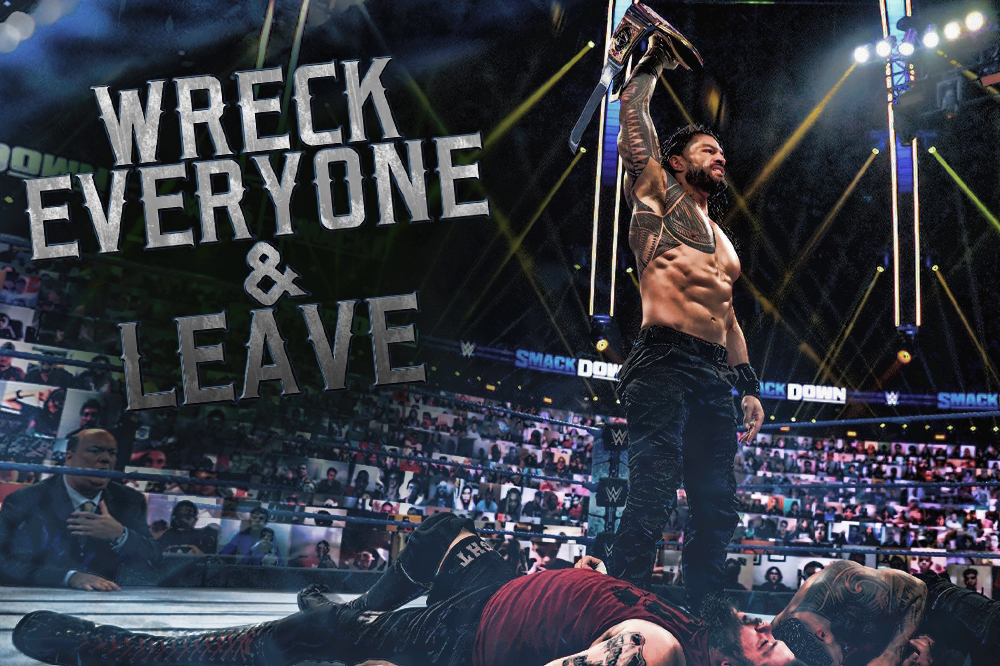 We have all the action here for you to see.

In the wake of last week’s brutal chair attack on Jey Uso and the announcement that he challenge Universal Champion Roman Reigns in a Tables, Ladders and Chairs Match at WWE TLC, Kevin Owens joined forces with Oits against The Big Dog and his cousin.

For a bit, it looked as if it might be 2-on-1 when Reigns did not show up for the beginning of the match, perhaps leaving Jey to face the “consequences” of his actions from earlier. But Reigns soon joined the action and unleashed a massive assault on Otis that left him unable to continue the match.

Nevertheless, Owens continued in a 2-on-1 disadvantage. Then, in the final moments, when it looked like Owens might get the best of Uso, Reigns suddenly entered the ring and locked him in a Guillotine to bring the disqualification. Nevertheless, Reigns and Uso unleashed a brutal post-match double chair assault on KO. But before he was done, Reigns turned his chair on his cousin, revealing the real consequences of a mistep in the family. As SmackDown concluded, Reigns stood alone, dominant and ready for WWE TLC.