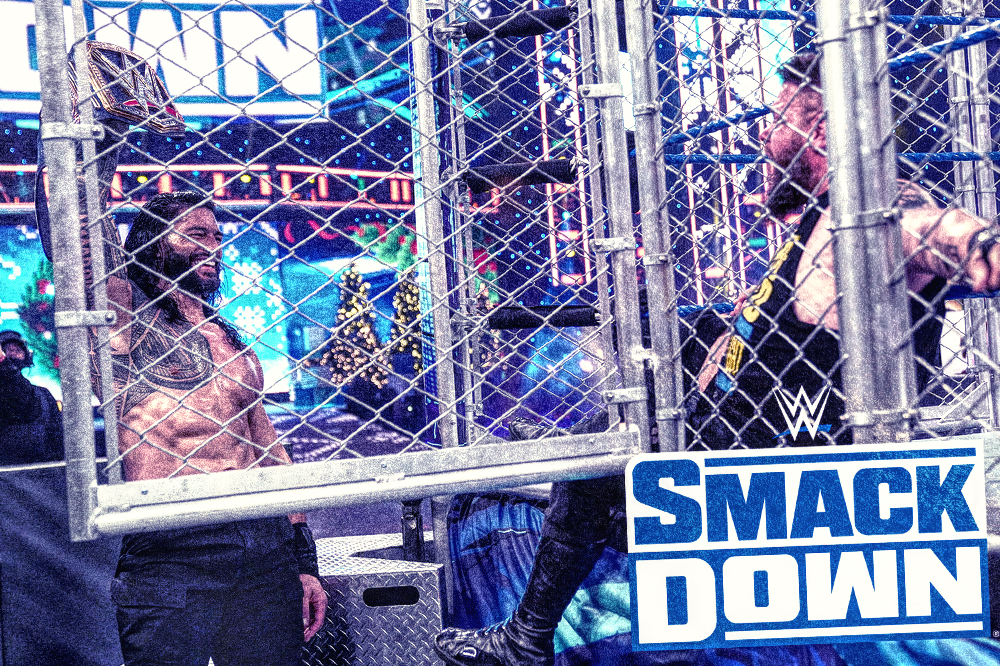 In the wake of their Tables, Ladders & Chairs Match at WWE TLC, Roman Reigns and Kevin Owens went to war in a Universal Championship Steel Cage showdown that kicked off SmackDown.

A determined Reigns unleashed a steady assault that punished his adversary with the precision of a terminator. But no matter what Reigns threw at his opponent, Owens refusing to stay down, outfighting and nearly dethroning The Big Dog several times with an explosive attack.

In the final moments, KO hit a Stunner on Reigns and moved to escape the cage. But, Jey Uso was there to stop him, handcuffing Owens to the steel rungs and keeping him inches from a title victory. This allowed Reigns to move over his restrained foe with a smile and walk out the door to defeat KO in a Universal Championship Steel Cage Match for the ages.