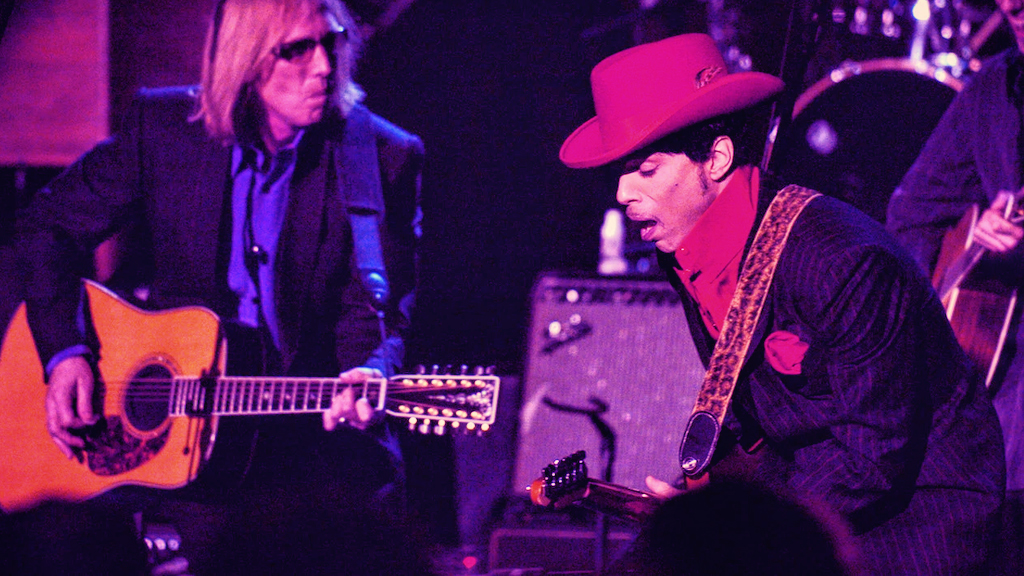 It’s perhaps the greatest punk out in music history. Prince was one of many guitarists who participated in the 2004 Rock n Roll Hall of Fame ensemble tribute to George Harrison with a rendition of While My Guitar Gently Weeps.

The lineup is a roster call for the Hall of Fame itself.

… and much to the unbridled delight of Dhani (and the obvious annoyance of Petty), Prince waited his turned and stepped not only to the spotlight but into history and even into folklore.

Joel Gallen, who directed and produced the original Hall of Fame broadcast, has released an updated Director’s Cut of that performance with a simple comment: “17 years after this stunning performance by Prince, I finally had the chance to go in and re-edit it slightly — since there were several shots that were bothering me. I got rid of all the dissolves and made them all cuts, and added lots more close-ups of Prince during his solo. I think it’s better now. Let me know what you think. Joel.”

We’re HustleTweeting about While My Guitar Gently Weeps: The Director’s Cut, and you’re more than welcome to join the conversation on the Hustle Twitter HERE … on our ridiculously sensational Instagram HERE … or on our Facebook page HERE!