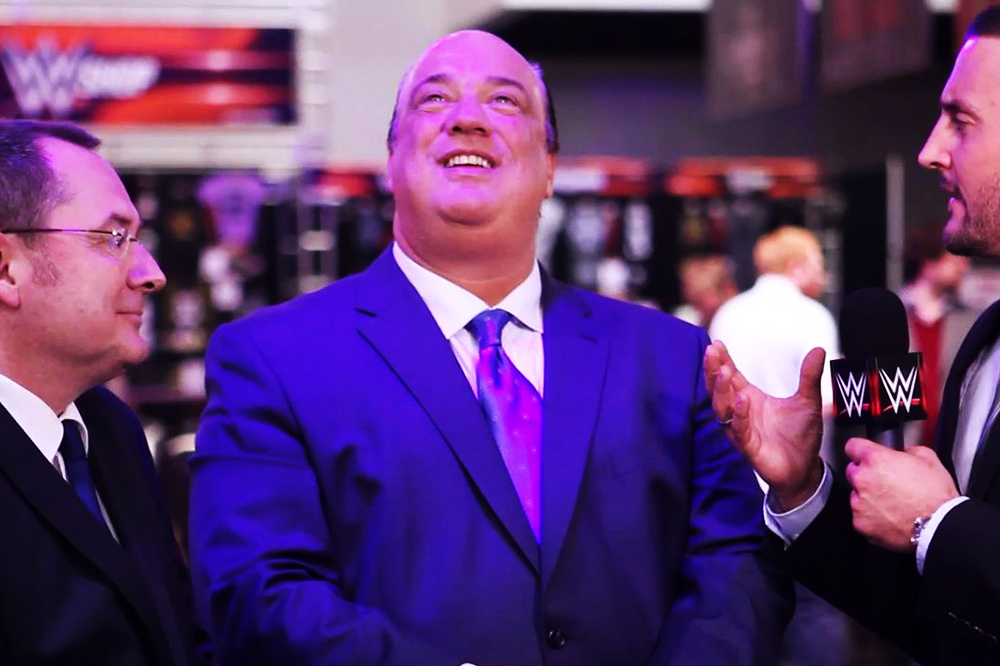 There is a brand new episode of THE HEYMAN HUSTLE online, and it features a fascinating look behind the scenes at Paul Heyman heading to Radio Row for a 6am appearance the Friday before last year’s WrestleMania. Hustle cinematographer Ary Dalton‘s documentary also features highlights from Radio Row, as well as a hysterical cameo by Good Ol’ JR Jim Ross.

Of course, we’re HustleTweeting about this brand new episode of THE HEYMAN HUSTLE, and you’re more than welcome to join the conversation by following THE HEYMAN HUSTLE TWITTER PAGE. You can also write to us directly at hustleoncrave@gmail.com. Hey, have you checked out the Hustle’s Ultra High Quality YouTube Channel, with exclusive videos featuring Backstage with Brock Lesnar and Paul Heyman… The Footage “They” Never Wanted You To See … UFC Bad Boy Nick Diaz’s Wildest Video Ever … Behind The Scenes at WrestleMania … ICE-T and Coco’s Sex Secrets … the list goes on and on, so if you’re not subscribing, you’re missing something … and by the ways cheapos, it’s FREE! Yes, absolutely 100 percent FREE! What are you waiting for? Check it out HERE!