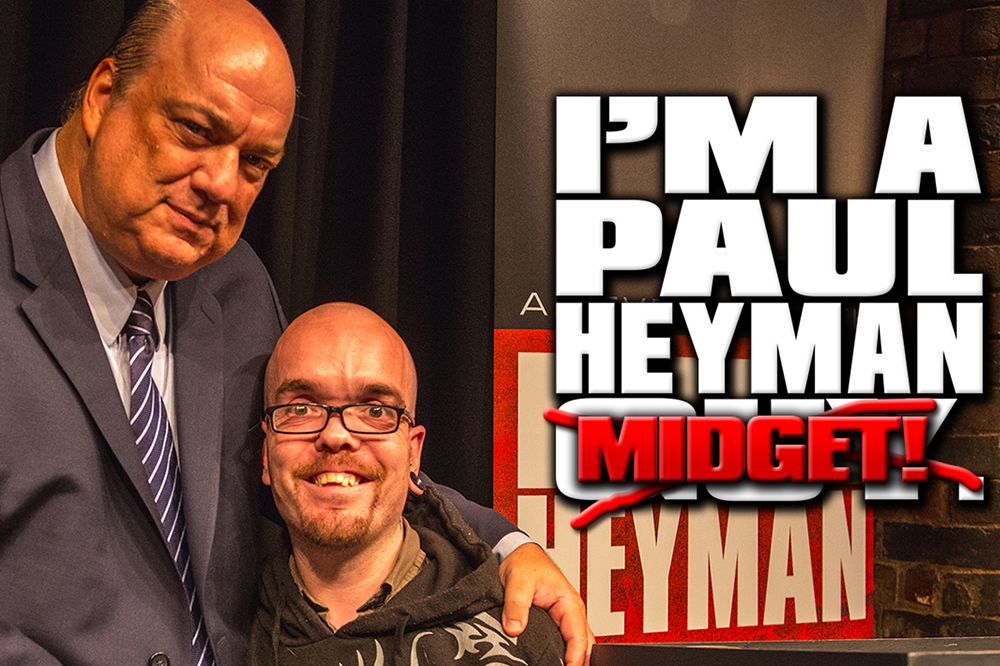 Our very own Hustler De Tuti Hustlers Paul Heyman continued his sold-out-in-advance tour of the UK with Inside The Ropes by taking the stage in the working class city of Manchester, and tearing down the house by jumping into the crowd and hugging our new best friend Eddie Fletcher (follow this man of limited height but HUGE on personality @Eddiefl38309194). According to documentarian Ary Dalton, this was Paul’s favorite moment of the tour. When you consider Paul offered a two year contract to wrestle in the United States to British Sensation Will Ospreay and also offered the most sensational conspiracy theory about Brock Lesnar Conquering The Undertaker’s undefeated streak at WrestleMania XXX, we think Ary’s revelation alone makes this a must-see video!

Of course, we’re HustleTweeting about Paul Heyman in the UK, and you’re more than welcome to join the conversation on the Hustle Twitter HERE and also on our hyper-interactive Facebook page HERE!