Brock Lesnar and Paul Heyman Return to WWE Monday Night RAW, But The Viper Strikes with an RKO 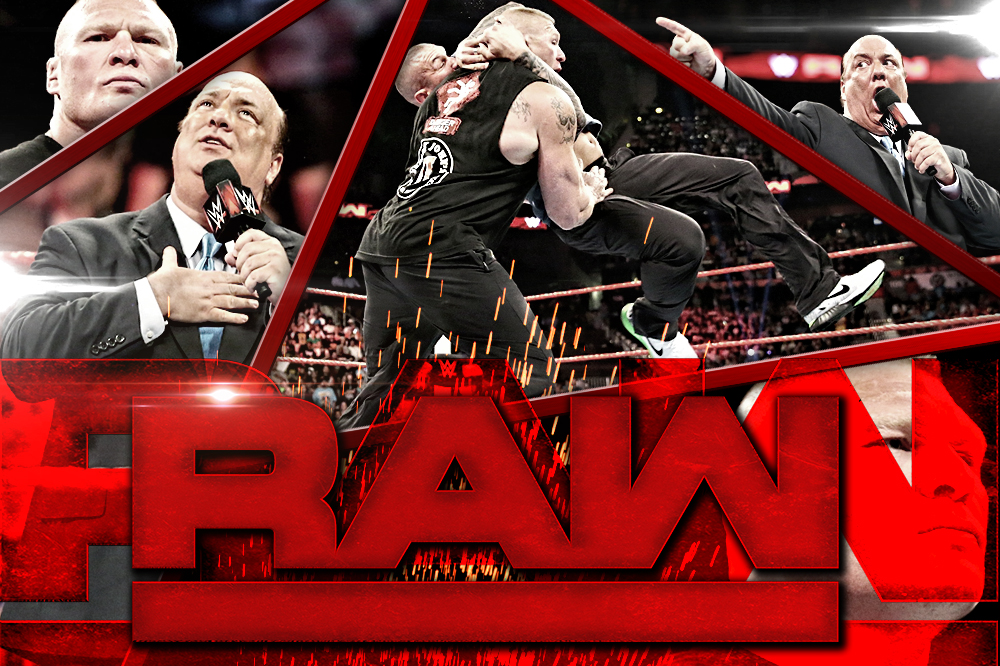 Brock Lesnar and Paul Heyman returned to WWE Monday Night RAW, their 1st appearance in WWE since Lesnar defeated Dean Ambrose at WrestleMania (Click Here for our 360 coverage of that match), but before RAW went off the air from the Philips Arena in Atlanta, Georgia, the complexion of Brock’s match against Randy Orton at SummerSlam changed dramatically.

Ever since Raw and SmackDown Live were split into two separate fiefdoms, it was only a matter of time before one Superstar was brazen enough to cross enemy lines. That being said, it’s unlikely anybody expected it to happen two weeks in, and even fewer people could have expected it to be at the expense of Brock Lesnar. Making his grand return, The Beast Incarnate was basking in his own glory while Paul Heyman offered a soaring proclamation of Lesnar’s superiority, capped off by the declaration that Randy Orton would never and could never hit an RKO outta nowhere on his client.

Moments later, of course, Randy Orton hit an RKO outta nowhere on his client. The Apex Predator hopped the barricade, stormed the ring and planted The Beast with his signature maneuver before fleeing through the crowd while Lesnar stewed in the ring and Stephanie McMahon and Mick Foley attempted to restore order. And why wouldn’t Lesnar be mad? Suplex City — and Monday Night Raw — just got annexed into Viperville.

Having invaded Monday Night Raw, and having fired the first shot ahead of what promises to be a beyond brutal Summerslam encounter, what repercussions now await The Viper following this attack on Lesnar? If we’re Orton, we’re most definitely MUCH more concerned with the “repercussions” that will undoubtedly come from The Beast, over any that could possibly come from WWE management…

Of course, we’re HustleTweeting about Brock Lesnar vs Randy Orton, and you’re more than welcome to join the conversation on the Hustle Twitter HERE and also on our hyper-interactive Facebook page HERE!