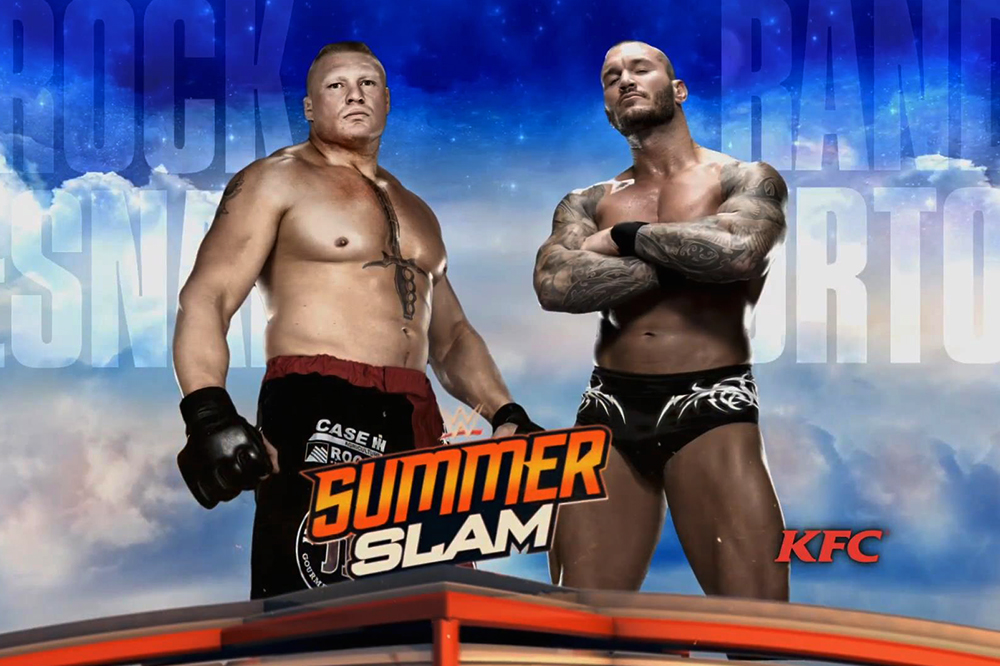 Tonight’s edition of WWE Monday Night RAW featured an in-depth look at Brock Lesnar (with our boss Paul Heyman) versus Randy Orton at SummerSlam, which takes place Sunday, August 21st at the Barclays Center in Brooklyn, New York. The Barclays was the scene of the Brock Lesnar vs Undertaker match last year when Brock forced Taker to tap but the referee did not see it.

Of course, we’re HustleTweeting about Brock Lesnar vs Randy Orton at WWE SummerSlam, and you’re more than welcome to join the conversation on the Hustle Twitter HERE and also on our hyper-interactive Facebook page HERE!