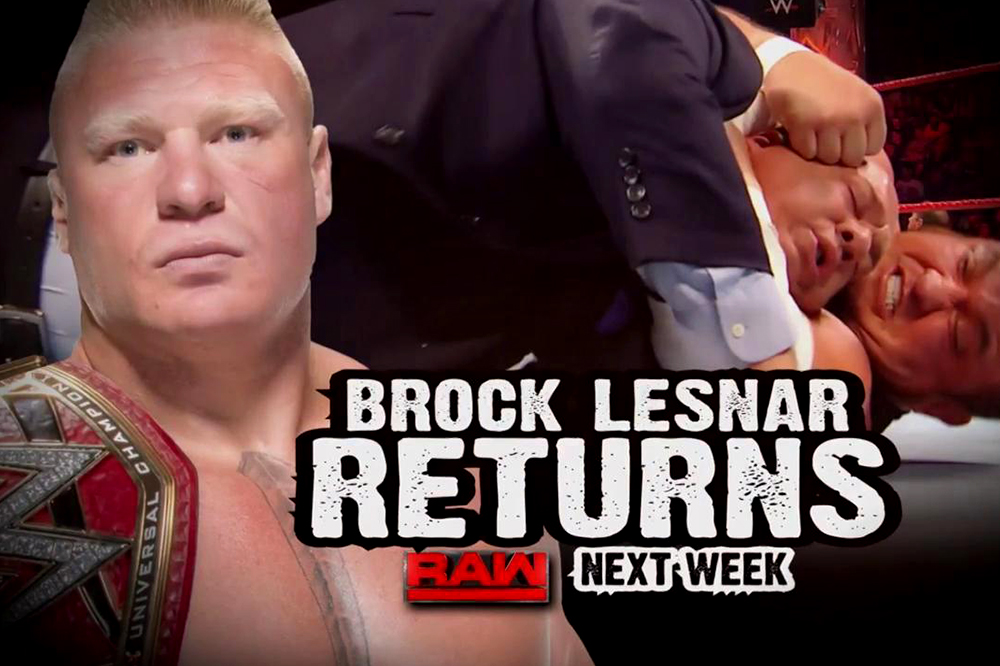 Samoa Joe showed no fear when he trapped Paul Heyman in the Coquina Clutch on Raw, but next Monday night, he’ll have to answer to Universal Champion Brock Lesnar.

Lesnar hasn’t been seen on Raw since the night after he captured Team Red’s most prestigious prize from Goldberg at WrestleMania 33, but now that he has a No. 1 contender in The Samoan Submission Machine — who painfully attacked Lesnar’s advocate this week — The Beast Incarnate has decided to resurface. We might be weeks away from Joe and Lesnar’s Universal Title clash at the WWE Great Balls of Fire pay-per-view, but things are already heating up.