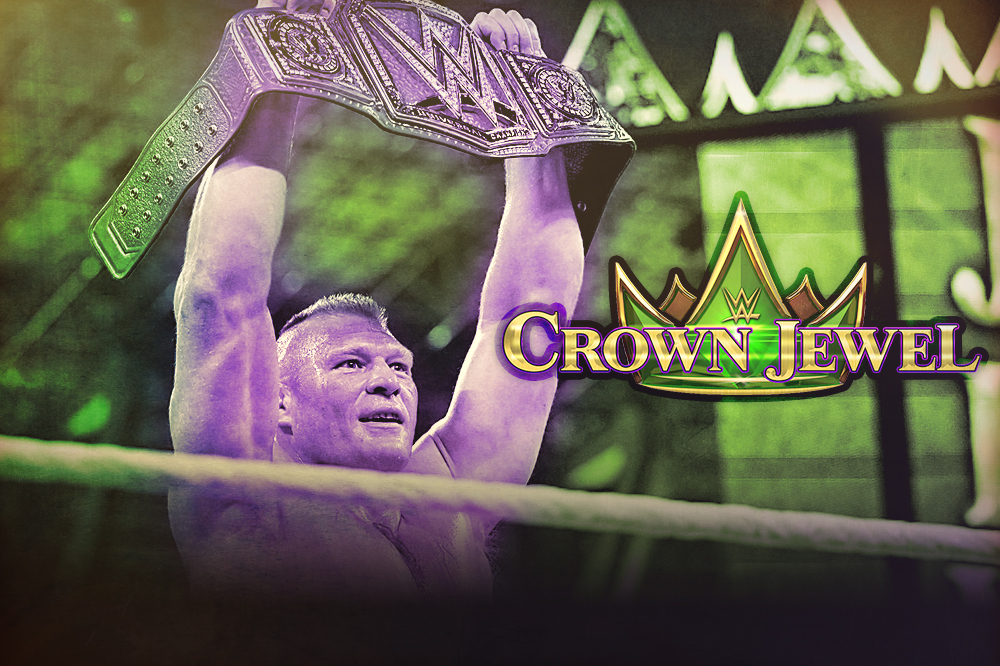 Brock Lesnar is once again the WWE Universal Champion, by virtue of his controversial victory over Braun Strowman at WWE Crown Jewel. According to WWE.com:

Paul Heyman warned the WWE Universe that he was spoiling the Universal Championship Match at WWE Crown Jewel when he declared Brock Lesnar would once again be the champion.

Heyman was right. In a shocking turn of events, The Beast put Braun Strowman down with five F-5s to begin his second Universal Championship reign.

However, the match was not without controversy. Before the bell, Acting Raw General Manager Baron Corbin smashed The Monster Among Men with the title that had been made vacant weeks earlier after Roman Reigns needed to relinquish it due to illness. This allowed Lesnar to hit his first F-5. Strowman kicked out of that one, sending The Beast into a rage.

Lesnar would deliver three more F-5s to his titanic opponent, one of which sent Strowman crashing to the arena floor. Strowman kicked out of all of those, as well. It was a fifth F-5, however, that proved to be Strowman’s undoing, as The Beast put him down for the three count to once again claim the Universal Championship as his own.

With Brock Lesnar once again sitting atop Monday Night Raw, who will be daring enough to try and slay The Beast?